Beechwood Park School's public speaking team collected all the awards at the District round of the Rotary Club’s Youth Speaks competition in Harpenden recently.

After the team (Kai Yilmaz-Porter, Ben Mairs and Logan Lee) won the Harpenden heats back in December, the school had qualified to compete in the District round, delivering their compelling speeches on the motion 'This House believes that Christmas should be abolished' against teams from Hertfordshire, Buckinghamshire and Bedfordshire.

Not only did the Beechwood Team (Logan Lee, Matthew Phillips, and Ben Mairs) win the overall debate but they also swept the board in the individual awards, with each member picking up a trophy – for Best Proposer, Best Opposer and Best Chairman.

The team has now qualified for the final round of the competition to be held at Stamford School in Lincolnshire next month.

English Teacher at Beechwood and co-ordinator of the School's entry into the competition, Helen Beavis said: "In both rounds the boys acquitted themselves incredibly well.

"Their speeches were well thought out, had some compelling arguments, and they delivered them with great style and confidence.

"I am so proud of what they have achieved and we are all looking forward to travelling to Stamford next month."

Headmaster Ed Balfour said: "These four boys deserve this success; they are eloquent, articulate young men who have represented themselves and the school impeccably, delivering intelligent, well-thought out viewpoints.

"I wish them luck as they move into the uncharted waters of the final round of the competition – a Beechwood first!"

Beechwood Park is an independent day and boarding school for boys and girls aged 3 to 13, in Markyate, Hertfordshire.

25/11/22: Beechwood Park School in Hertfordshire has been recognised for its long fundraising association with Keech Hospice Care. Over the past 24 years, Beechwood Park has raised over £250,000 to help the hospice in its work. 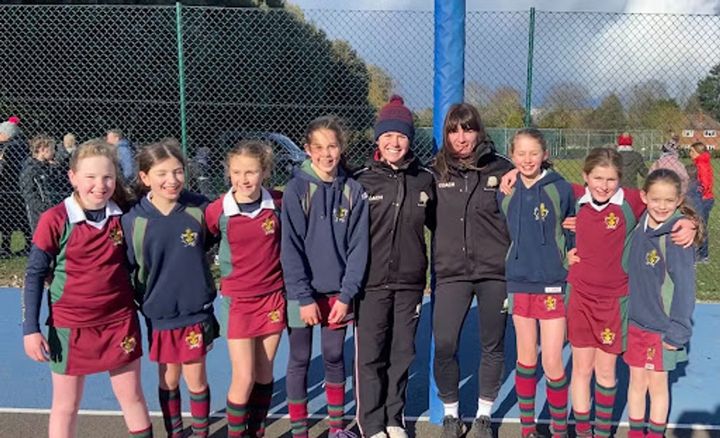 25/02/22: The Beechwood Park Under 11 netball team has qualified for the National Finals of the IAPS tournament for the first time, having won the Regional Tournament earlier this week, without losing a single game, and despite some tough opposition.