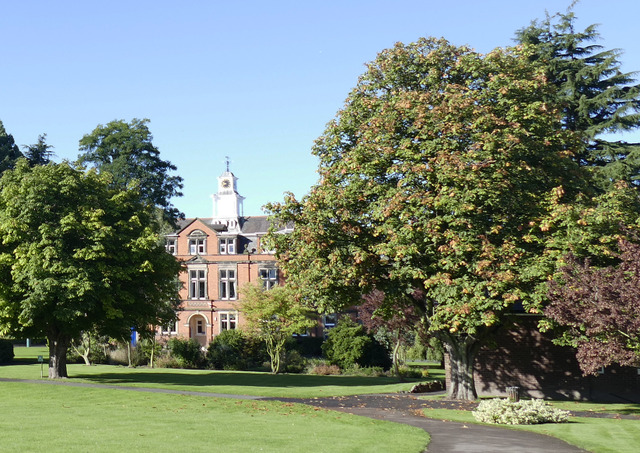 Wrekin College is an Independent Co-educational Day and Boarding School in Shropshire for pupils aged 11 to 18. Founded in 1880 by Sir John Bayley the school still works to his original philosophy of providing individual attention to individual pupils. Wrekin is:

When Sir John Bayley founded Wrekin College in 1880, he wanted to establish a school which would be different. In particular, he said “the danger of any school is that of falling into a narrow groove of teaching all children as though they were turned out by Mother Nature in stereotyped fashion, of failing to realise that any successful school is one where each pupil receives individual attention”. This has been Wrekin’s philosophy ever since, and the Independent Schools Inspectorate noted in its last full inspection “the school provides warm and special pastoral care and treats the young as individuals”.

Wrekin College was one of the first schools of its type to become coeducational, and girls were admitted in 1975. Co-education came about because of the belief in its educational merits, rather than economic necessity, and Wrekin has now been coeducational for a generation.

Another major development came in 1994 when Lancaster House was opened to cater for an intake of 11 year old pupils. However, 13+ remains a normal entry point, at which pupils step out of Lancaster House and are new to the main school, along with incoming pupils. In 2008, the working week was changed to remove compulsory lessons from Saturday morning, replacing them with weekend activities and matches for Day pupils and Boarders. The school has grown to over 400 pupils, and in 2007 the Governance of Wrekin College merged with The Old Hall School to create The Wrekin Old Hall Trust, sharing facilities and offering education from the age of four years through to 18 years. Though the schools operate largely autonomously as educational providers, the Heads and staff of both schools work closely together.

For many years the school was known locally as ‘The School in the Garden’ owing to its extensive gardens and playing fields. Part of the Allied Schools, it is also a member of the Headmasters' and Headmistresses' Conference.

Our School Motto is Aut vincere, aut mori - Either to conquer or to die

Scholarships and Awards
Wrekin College offers a number of scholarships and exhibitions for pupils hoping to enter the school at 11+, 13+ and 16+.The number and size of awards in any particular year are at the discretion of the Headmaster. A scholarship or exhibition is offered in recognition of exceptional ability and promise and is usually accompanied by a financial reward of up to twenty-five percent of the fees. In cases of need, the school will consider applications to supplement an award with a means-tested bursary to enable the award and place to be taken up.

As well as financial reward, a scholarship or exhibition carries with it privileges and responsibilities. Every award holder is expected to set an example to other pupils in their approach to academic study and participation in the wider life of the school. Awards are usually for the duration of a pupil’s education at Wrekin, provided they continue enthusiastically to fulfil the obligations associated with the award. Awards and bursaries are reviewed annually.

In addition to the standard fee structure Wrekin College offers payment plans to enable parents to plan their child's education with confidence.

Old Hall Loyalty Bonus
If your child has been attending The Old Hall School since Reception and is moving up to Wrekin in September 2016 you will receive a £500 credit on your first bill, similarly if your child joined Old Hall in Years 1 - 3 you will receive a credit of £250, to assist with the costs of the transfer between the schools.

Wrekin College admits boys and girls from age 11 to 18. Applications for day, full and weekly boarding places are welcomed from UK and international pupils. Children usually join Wrekin College in First Form or Third Form, when most of them are either 11 or 13, and at Sixth Form.

The best way to get a true flavour of Wrekin’s special atmosphere is to visit us. We would be delighted to welcome you to the school at any time. We recommend that you allow several hours in order to make the most of your visit. This will enable you to meet the Headmaster and tour the school and, most important of all, meet the pupils.