'The pupils’ attitudes to learning are exceptional.’ The Independent Schools Inspectorate 2017

The Froebelian School is one of the North's leading independent schools for children aged 3 to 11 in Leeds, West Yorkshire.

Children are at the heart of everything we do and we are passionate that all children enjoy a positive experience at school each and every day. Our aim is to provide a first class all-round education in which both the unique needs of our children

A warm and friendly school where we celebrate uniqueness to provide a happy learning environment where your child is challenged and supported to achieve personal excellence. Each year up to 24 children aged 3+ are admitted to the Lower Kindergarten (Nursery) class. Other places for older children are sometimes available and enquiries are always welcome.

We lay solid foundations for a future relevant lifelong love of learning.

A truly nurturing environment for your child to grow.

Situated in Horsforth and easily accessible from most areas of Leeds, Bradford and Harrogate, Froebelian is acknowledged as one of the North’s leading independent prep schools, welcoming over 180 each pupils each year between the ages of 3 and 11. 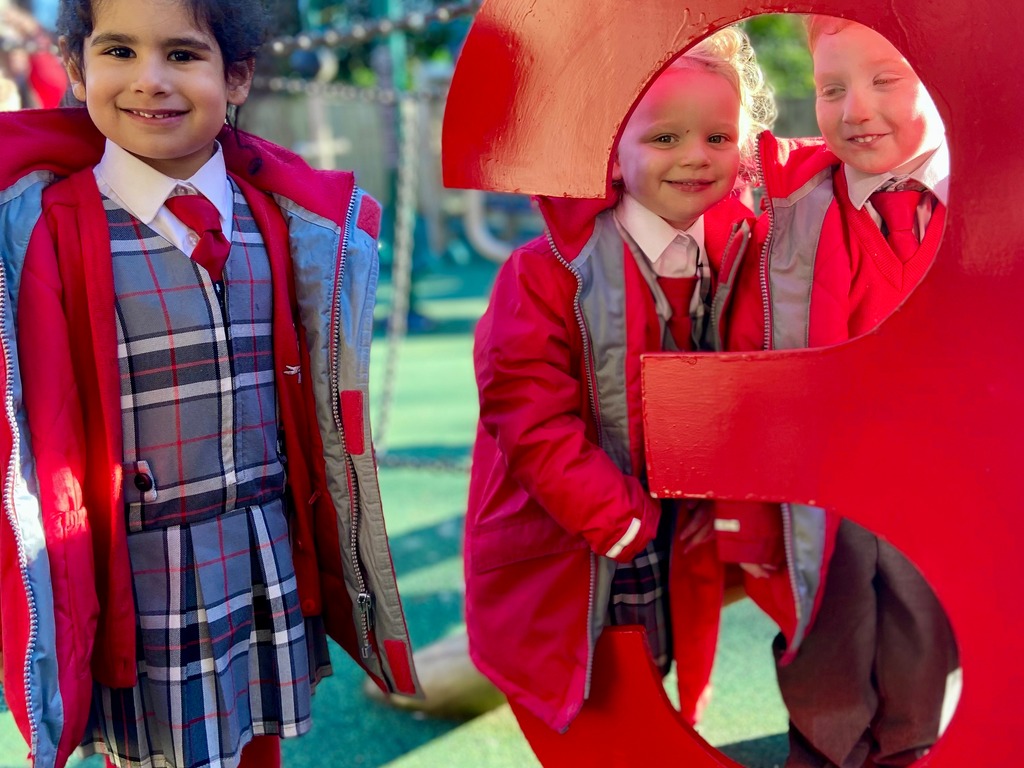 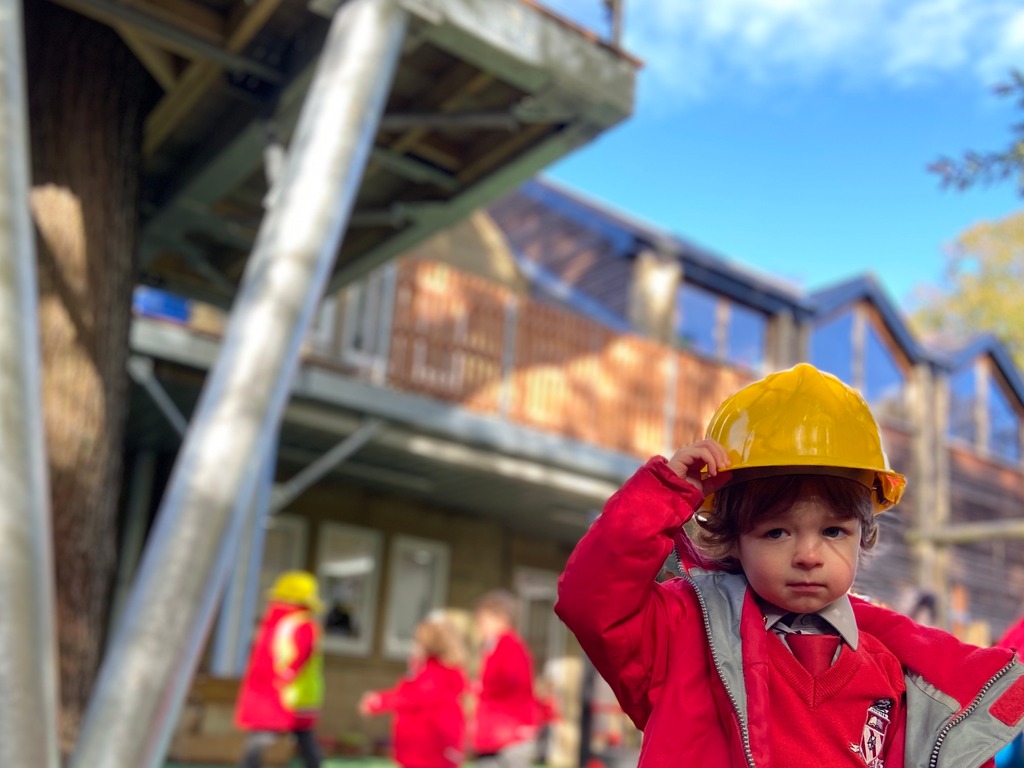 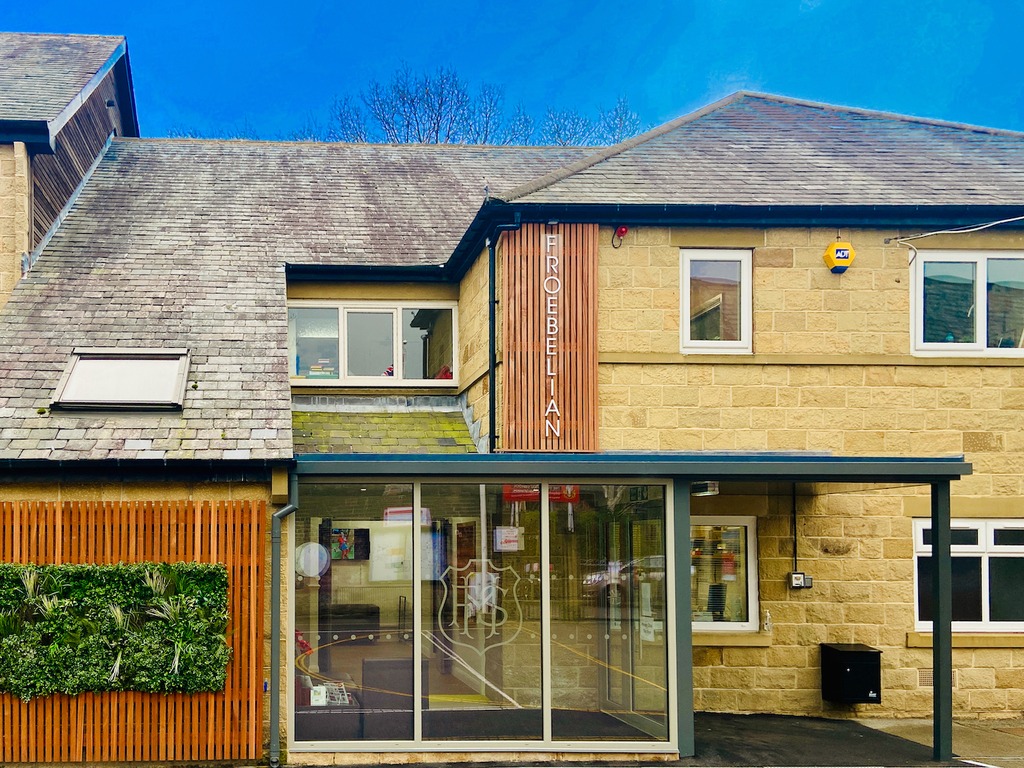 As an independent school we must charge fees in order to provide excellent education and care because we receive no money from central or local government. As a registered charity we are a not-for-profit school and only charge fees that are necessary to run the school properly and to provide investment for continuing improvements to our facilities and resources.

We believe that our fees provide real value for money and we know that they compare very favourably with similar outstanding schools.

‘A Flying Start’ at Froebelian

‘A Flying Start’ at Froebelian

With a 100% pass rate, a total of 41 independent school places were offered to the 24 Year 6 pupils at The Froebelian School, including six scholarships and two Headmaster’s Awards.

28th April 2022 — Year 6 pupils at The Froebelian School, Horsforth, are celebrating after having secured their preferred place at the school they have chosen for the next chapter in their educational journey.

The class of 24 children worked with incredible focus and determination to achieve excellence in the 11+ Entrance Exams for a selection of the top schools in the UK.

Headteacher, Mrs Catherine Dodds, said: “From the age of three, every pupil at Froebelian benefits from a bespoke and dynamic learning environment where we support them to develop a life-long love of learning and equip them with solid foundations for their future lives. The whole school community is tremendously proud of all of our Year 6 pupils and we are confident that each and every one has received a genuine ‘flying start’ which had provided them with the perfect springboard for their chosen senior school”.

One Year 3 pupil has single hand-idly raised over £1400 for the Ukraine Crisis Appeal run by The British Red Cross Society, by committing to running 20 miles in March.

In only six months, The Froebelian School Horsforth, Leeds has smashed its fundraising targets for the year raising over £4000.

The leading Independent Preparatory School for children aged 3-11 years is raising money for Save The Children as its designated charity for the year as well as supporting Ukraine Crisis charities, Jeans for Genes, Children in Need, Comic Relief, #HelloYellow and The Royal British Legion.

One Year 3 pupil has single handedly raised over £1400 for the Ukraine Crisis Appeal run by The British Red Cross Society, by committing to running 20 miles in March.

Headteacher, Catherine Dodds, said: “I am unbelievably proud of how the whole Froebelian community has come together and embraced the fundraising this year. It has been a tremendous effort from individual pupils, group efforts from pupils, staff, parents, friends and the FPTA. It is an astounding achievement to have raised such a huge amount.”

In addition, this year so far, Froebelian has also collected 100s of food items for The Horsforth Live at Home Scheme.

Mrs Dodds added: “We believe that all children benefit from a close involvement with charity, whether it be individually, in their classes, houses or as a complete school. It helps them to understand the value of helping others and the importance of citizenship both locally and across the world. All of which sits well with the ethos of the school, particularly our original school motto of “Serve and Endeavour”. We also ensure that the children develop organisational skills through fundraising, complementing the growth of their social awareness and an appreciation of the value of money, and the effort that goes into earning it.”

The Froebelian School raises over £6,000 for Yorkshire Air Ambulance

The Froebelian School raises over £6,000 for Yorkshire Air Ambulance

The Froebelian School in Leeds presented Yorkshire Air Ambulance with a cheque for over £6,000 following two years of fundraising efforts. One pupil embarked on a three-day hike with her Dad across North Yorkshire, raising over £1,000.

8th November 2021 — Following two years of fundraising, The Froebelian School in Leeds was delighted to present The Yorkshire Air Ambulance with a cheque for over £6000.

The school was delighted to welcome Vickie Bowden and mascot Polly the Paramedic from the charity to present them with a cheque.

Throughout the lockdowns and challenges over the last two years, the whole school community has come together to carry out some new and imaginative ways of fundraising – from a virtual Roman Marathon to hot chocolate days.

One of our younger pupils embarked on a three-day hike with her Dad across North Yorkshire raising over £1,000.

Headteacher, Catherine Dodds, said: "I am overwhelmed by how the Froebelian family has embraced the fundraising over the last two years – with individual and group efforts from pupils, staff, parents, friends and the FPTA.

"It is a tremendous achievement to have raised such an astonishing amount."

Vickie Bowden, West Yorkshire Regional Fundraiser, from Yorkshire Air Ambulance said: "The charity relies on donations to ensure we can continue to save lives across the region and make a difference to someone who needs our help.

"The money that Froebelian has raised, pays for two helicopters to be deployed to help the people that need them – potentially saving two lives.

"We are incredibly grateful to everyone at the school for making such a magnificent contribution."

Form IV is Flying High! -You Did It!

Form IV is Flying High! -You Did It!

10th May 2021 — We are delighted to be celebrating our Form IV (Year 6) pupils who all gained a place at their first choice of senior school, with many children receiving multiple offers of places -a total of 43 places to 20 pupils which included eight scholarships and awards.

Director of Studies Appointed at The Froebelian School, Horsforth

Director of Studies Appointed at The Froebelian School, Horsforth

10th May 2021 — The Froebelian School, Horsforth, has appointed Miss Gemma Zincke as Director of Studies and Form IV (Year 6) Teacher, bringing a wealth of experience with her to benefit the children’s learning at Froebelian.

With a teaching career spanning 21 years, Miss Zincke has wide experience across the primary age range, including some teaching in all year groups up to Year 12, as well as working abroad in international schools. She is well-versed in designing and implementing curriculum initiatives; most recently writing and delivering an enquiry-led, topic-based curriculum for pre-school through to Year 6.

Miss Zincke has also expanded the more able and talented programme; organising seminars for talented writers and mathematicians hosting schools from across Yorkshire. She took a strategic role in designing a new Digital Literacy programme which involved leading teachers and children to develop confidence in blogging to provide an international audience for the children’s work.

Headteacher, Mrs Catherine Dodds, said: “ The Board of Governors has a clear vision for Froebelian and its future , focused on developing the Early Years Foundation Stage, STEAM (Science, Technology, Engineering, Art and Maths); and Sport, as well as 51 weeks a year provision for all children from the age of three, all sitting alongside strong individually-tailored pastoral support for the wellbeing of our whole community. Miss Zincke’s appointment will allow us to strengthen that vision to offer Froebelian children a true ‘flying start’.

Miss Zincke added: “I very much look forward to getting to know everyone and working with pupils, staff, parents and governors to embed the vision and future plans for Froebelian.”

Children in Form II (Year 4), whilst observing Government Coronavirus guidelines, ran a Roman Marathon to help Emperor Hadrian protect Hadrian’s Wall, as part of their project about The Romans, and to raise money for Yorkshire Air Ambulance.

Emperor Hadrian that the Picts are planning an attack on Hadrian’s Wall.

They must run the 26.3 miles from where they are based in Corbridge to

Will Form II be victorious? Can they run the marathon and save Rome?

Community involvement has never been so important and at The Froebelian School, Horsforth, despite the majority of children home learning, charity activity hasn’t slowed down.

This term, children in Form II (Year 4), whilst observing Government Coronavirus guidelines, ran a Roman Marathon to help Emperor Hadrian protect Hadrian’s Wall, as part of their project about The Romans, and to raise money for Yorkshire Air Ambulance. They also created a video documenting the event. Watch it at https://youtu.be/4ztAQ_U2L30

Over £1000 has already been raised for the charity.

Headteacher of Froebelian, Mrs Catherine Dodds said: “Whilst we continue to learn from home, our community involvement is still of utmost importance. Not only have we raised £1000s for The Yorkshire Air Ambulance but there is scientific evidence that contributing to our communities and making a positive difference to the lives of others is good for our mental health.”

She continued: “Our pupils, staff and parents have shown true Froebelian spirit in this project, with children and staff pulling together to ran one mile each to complete the marathon. Like me, I’m sure Emperor Hadrian would have been proud of their efforts!”

Yorkshire Air Ambulance is the designated charity of the year at The Froebelian School. To date, they have raised over £4500.