St. Michael's School is a popular and forward thinking Prep School situated in Leigh on Sea Essex where traditional values and progressive teaching and learning methods go hand in hand to provide all children with an excellent start to their education.  Many children go on from St. Michael’s to one of the local grammar schools or leading independent senior schools, but all children move on fully prepared for the next phase of their learning and development. 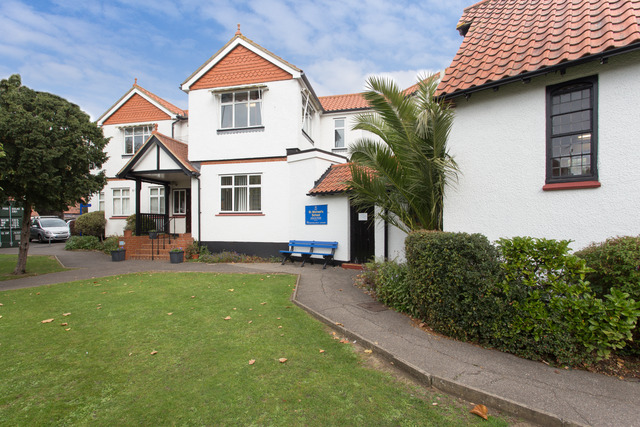 29th April 2016 — Skiers from St. Michael's Church of England Preparatory School in Leigh on Sea Essex won a silver team medal at the Eastern Region Snowsports Association Ski race. The event, the largest of its kind in England this year, took place at the Suffolk Ski Centre and was part of Snowsport England's schools' snowsports week. The week, which ran from 22nd - 29th April, is aimed at encouraging pupils to participate in snowsports through free and affordable skiing and snowboardig sessions.

For successful skiers Alexander Penneck (9) Ned Cammidge (9) and Anna Sarkar (9) their silver medal was all the more special as this was thier first experience of competitive ski racing. Along with six other novice ski racers from the school the children quickly got to grips with borrowed ski equipment and the challenges of the course during a brief practice session before putting in two clear slalom runs to finish in second place in the under-10s mixed competition. The event was a first for St. Michael's school under the direction of Team Manager, Mrs Maria Hadden, a parent at the school.

Headteacher, Mr Stephen Tompkins said, "We are so proud of all the children who took part in this event. All of the children thoroughly enjoyed their morning of ski racing, and we are already looking forward to next year's event."

The new Nursery building at St Michael's School was officially opened with eager cheers from the Nursery children.

20th January 2016 — The new Nursery building at St. Michael's School was officially opened with eager cheers from the Nursery children. Following a blessing by the school chaplain, Fr Ian Booth, each of the children removed a ribbon in the school colours of blue and gold before the final cutting of the ribbon. The opening of the Nursery marked the realisation of the vision for a modern, child-centred Nursery building. Head, Mr Stephen Tompkins, said, "The children are very much at home in their new surroundings and the artwork on the walls is a testament to their activites so far this year."

Actress shares her love of Dickens

Actress shares her love of Dickens

23rd June 2015 — Children at St. Michael's CofE Prep School, Leigh on Sea were treated to an end of year literature workshop with Bafta award-winning actress Miriam Margolyes.  Along with pupils from local maintained schools the children were captivated as they listened to Miriam reciting extracts from Great Expectations and received coaching from her in how to read Dickens to an audience.

The workshop came about following an offer Miss Margolyes made to Prep School Heads at last year's IAPS National Conference in Brighton where she said that she go into schools to teach children Dickens.