Queen's College Preparatory School is a wonderfully happy school where girls enjoy life and enjoy learning. One of Central London's leading independent day schools we combine very high academic standards with fun, excitement, stimulation and plenty of encouragement. Our talented staff work closely with each and every girl, finding individual strengths, developing individual skills and interests, and truly caring about her wellbeing as well as her success.

At the end of their time with us, Queen’s girls move on to leading Senior Schools and take with them confidence, capability, energy and enthusiasm. We take great pride in matching each girl to the school that will be best for her as an individual, and we have an enviable record of admissions and scholarship success. • A very generous Teacher to Pupil ratio with small class sizes averaging 15-18 girls per class, never exceeding 20 • Full support through 11+ exams and outstanding academic results; record breaking admissions and scholarship success in Jan 2018 • Specialist teaching in French, Art, Music and PE in the Pre-Prep; Specialist Maths, English, Computing and Science teaching in the Prep School • A rich and varied co-curricular programme of clubs and activities, including Mandarin, Martial Arts, coding and STEM • New bespoke STEM Laboratory and Dance Studio • Family friendly provision including Breakfast Club • Access to a large, green private garden for play and outdoor learning 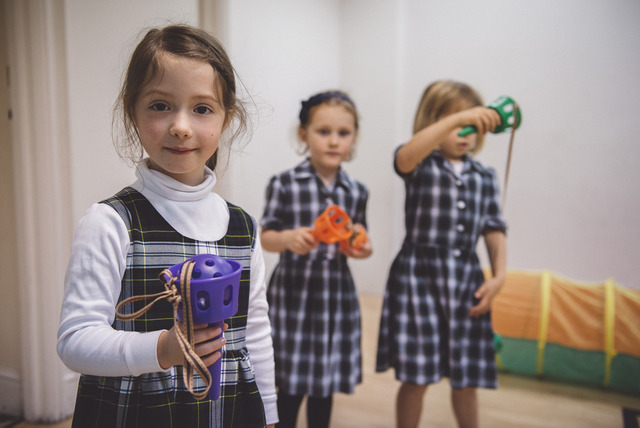 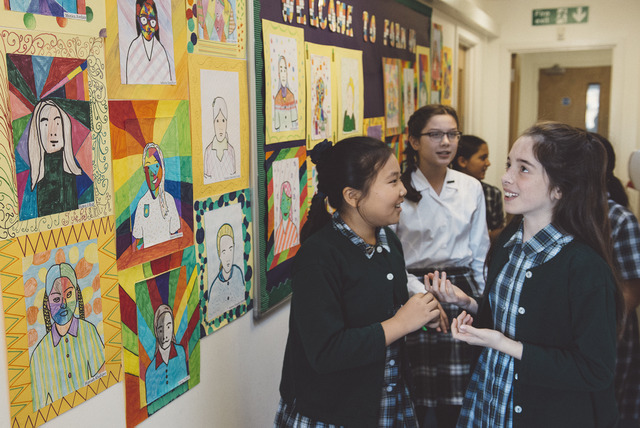 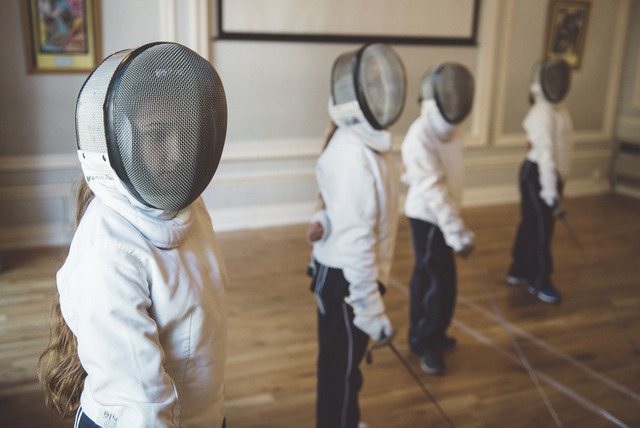 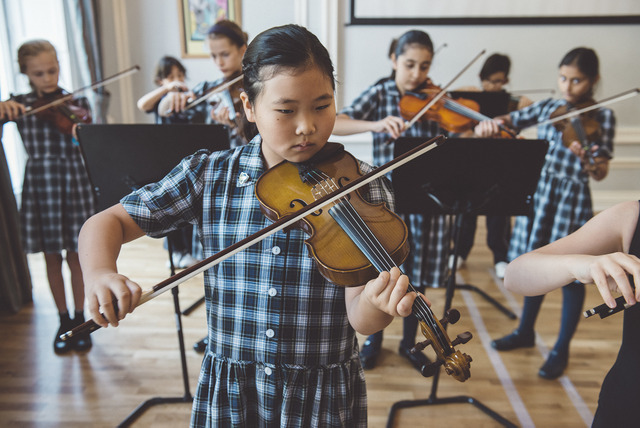 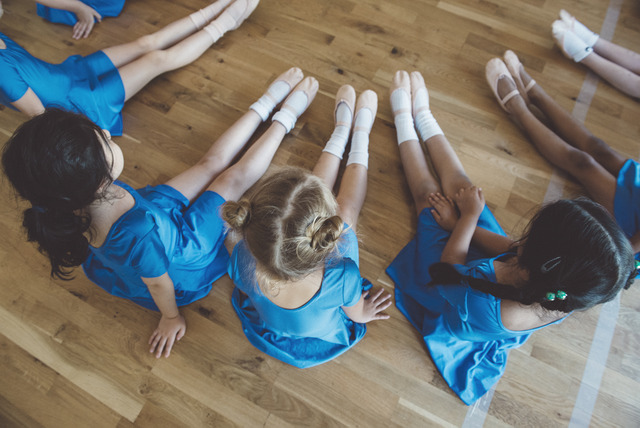 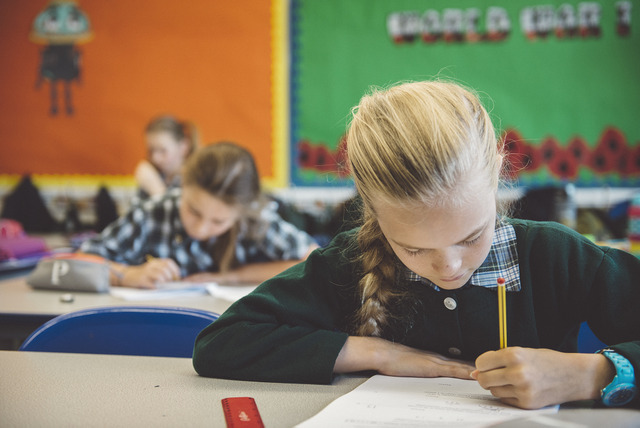 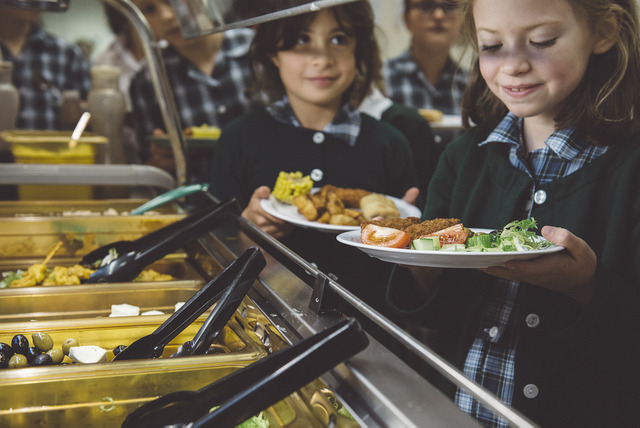 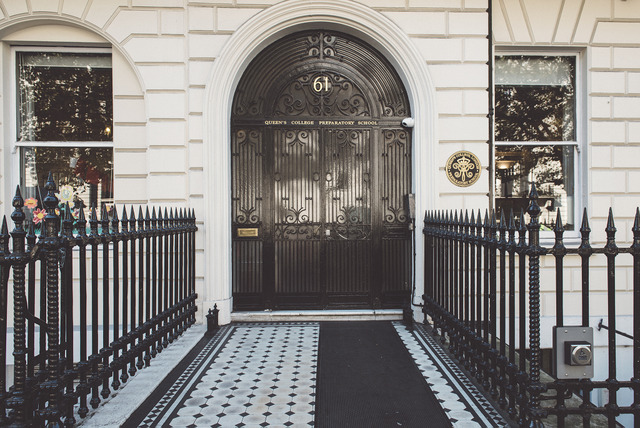 The inability to pay tuition fees should not be a deterrent to those who share our ethos from joining Queen's College Preparatory School. Where space allows we are able to offer a limited number of means tested bursaries to admit any girl who will benefit from the unique education we provide. Bursaries (where available) can be offered on entry to the school from Reception. A bursary can provide up to 100% remission of fees, depending on a family's financial circumstances.

Bursaries can also be awarded if parents' circumstances change dramatically during the course of a girl's time at the Prep School.

Mrs Laura Hall, currently Deputy Head at the City of London School for Girls’ Prep School, will be joining Queen’s College Preparatory School (QCPS) in Portland Place, London as the new Headmistress from the start of the Michaelmas Term, 2020.

11th August 2020 — Mrs Laura Hall, currently Deputy Head at the City of London School for Girls’ Prep School, will be joining Queen’s College Preparatory School (QCPS) in Portland Place, London as the new Headmistress from the start of the Michaelmas Term, 2020.

Mrs Hall has a first-class degree in History of Art from the University of Bristol, with a PGCE and an MA in Education from the University of Hertfordshire. After university, Mrs Hall spent two years travelling the world on cruise ships, giving lectures to international audiences on 19th century American and European art. An opportunity then came up to work in the primary school on the Isle of Mull which she had attended herself as a child. The Head, who had previously taught her when she was a pupil, encouraged her to move into teaching and she subsequently moved to London to undertake her PGCE. Mrs Hall joined City of London Girls’ Prep School in 2012 and was appointed Deputy Head in 2016.

“I am delighted to be joining QCPS, having long admired Queen’s College’s heritage as a pioneer of girls’ education. My first impressions of the preparatory school confirmed that my educational values were aligned with the school’s ethos: I wholeheartedly believe that happy children thrive. Meeting the engaged, calm and smiling girls and staff confirmed that this was a home of hygge - conviviality and cosiness. I am excited to work with the pupils, staff and parents to develop the school’s prestigious academic standing for a new decade and I very much looking forward to getting to know the school community better before taking up my post in September.”

The current Headmistress of QCPS, Mrs Emma Webb, is leaving to take on a new challenge overseas as the founding Head of a new international school.

Join the pupils of Queen’s and the Royal Philharmonic Orchestra at the launch of the Queen’s College 175 Bursary Appeal as they look ahead to the College’s milestone 175th birthday in 2023.

8th May 2019 — Join the pupils of Queen’s and the Royal Philharmonic Orchestra at the launch of the Queen’s College 175 Bursary Appeal as they look ahead to the College’s milestone 175th birthday in 2023.

Led by Maestro Ben Pope, and featuring a specially commissioned piece by Dame Shirley Thompson OBE, the Royal Philharmonic Orchestra joins forces with Queen’s College pupils from both Schools to perform a spectacular programme celebrating the pioneering ethos of Queen’s College and key moments in its illustrious history.

The evening’s repertoire is wide-ranging to suit a multitude of tastes and ranges from Handel’s Zadok the Priest and Tchaikovsky’s Violin Concerto, to celebrated wartime music and a medley of modern day popular favourites.

29th March 2019 — To kick off the Summer term, Queen’s College Preparatory School (QCPS) will be launching a teddy bear version of their school dog, Kona, into near space. The launch is part of the girls’ cutting edge STEM learning programme which covers Science, Technology, Engineering and Maths.

The ‘Kona Bear’ will be launched from a remote airfield in Sheffield by near space experts Sent into Space. The bear will rise up to 100,000ft into space, tied to a helium balloon with a camera filming the whole ascent! As the balloon soars upwards the girls will follow its journey with an online payload tracker. The launch will produce spectacular pictures where the pupils can further discover the blackness of space, the blueness of the atmosphere and the curvature of the Earth.

This project is one of the many ways in which QCPS inspires their girls in STEM subjects and encourages them to consider STEM based careers.

For more information and pictures about Kona Bear’s exciting trip to Space and to find out more about our STEM provision visit our website. https://www.qcps.org.uk/academic/academic-overview/stem

10th May 2018 — Queen's College Preparatory School (QCPS) has celebrated the official opening of a new state-of-the-art STEM Lab - complete with a wealth of new resources and specialist equipment.

With STEM projects planned for every year group, which draw upon all aspects of Science, Technology, Engineering and Maths, the girls will now have the opportunity to work together on collaborative investigations designed to excite and inspire them.

Raising aspirations and inspiring the girls at QCPS into STEM based careers is something the Head of Science Miss Lauren Bain and Headmistress Mrs Emma Webb feel very passionate about. Over the next few years, STEM will continue to grow and grow at QCPS. In addition to the new facility and sophisticated resources, new exciting STEM-related trips and further resources will be acquired.

QCPS girls now have the opportunity to expand their horizons in STEM subjects in an inspiring environment.

Admission into all years (with the exception of the Reception classes) at Queen’s College Preparatory School, is by assessment. These assessments will be carried out in a sensitive manner and using material suited to the relevant age. The aim is to assess both academic ability and potential, and to ensure that the child has the social skills necessary to benefit from an education at QCPS. Individuals are assessed on merit, without consideration to factors such as ethnic or religious background and physical ability. Admission at all points of entry is solely at the professional discretion of the Headmistress.