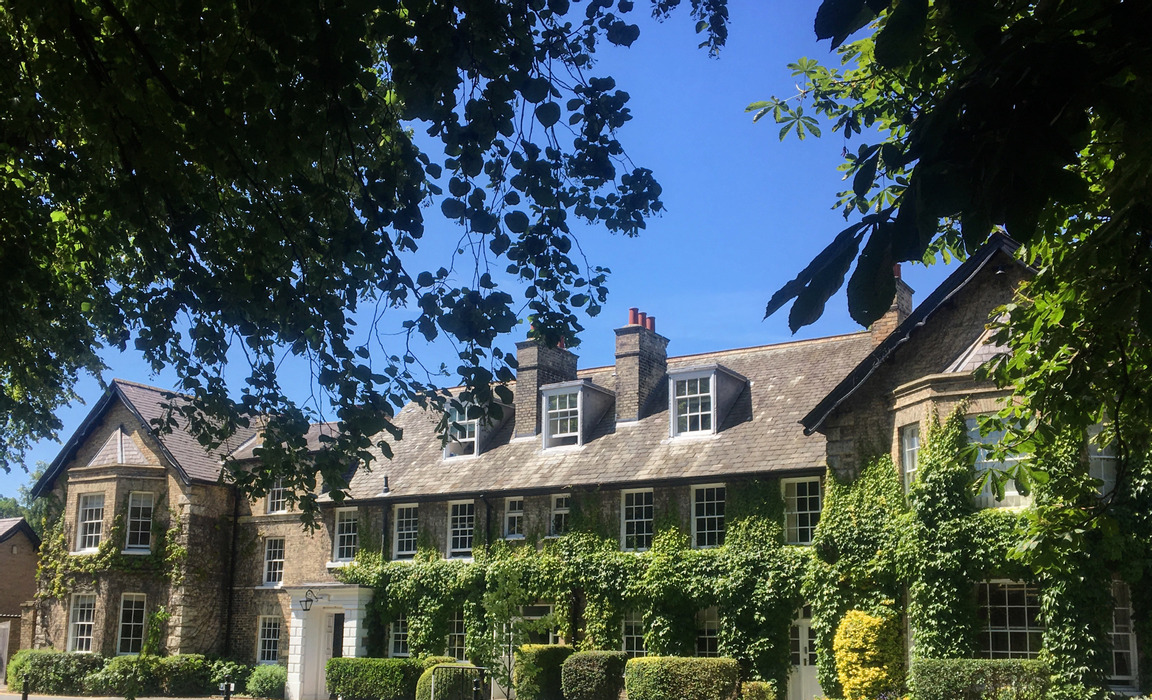 Pocklington is an inclusive, family focussed and academic school that offers incredible experiences inside and outside the classroom.

We believe in encouraging pupils to seize opportunities from the broad range of activities on offer. Along with our approach to teaching and learning, these help to form the bedrock of our young Pocklingtonians’ character and grow the qualities that support our values. Our sense of community, care for each other and pride in the school is tangible. This is no more evident than in our outstanding boarding provision. At the heart of this ethos lie our Values and Virtues. They drive all that we do at Pocklington and mean our pupils leave with a deep sense of social responsibility and the ability to shape their own future. Visits can be arranged at any time by contacting our admissions team on T: 01759 321200 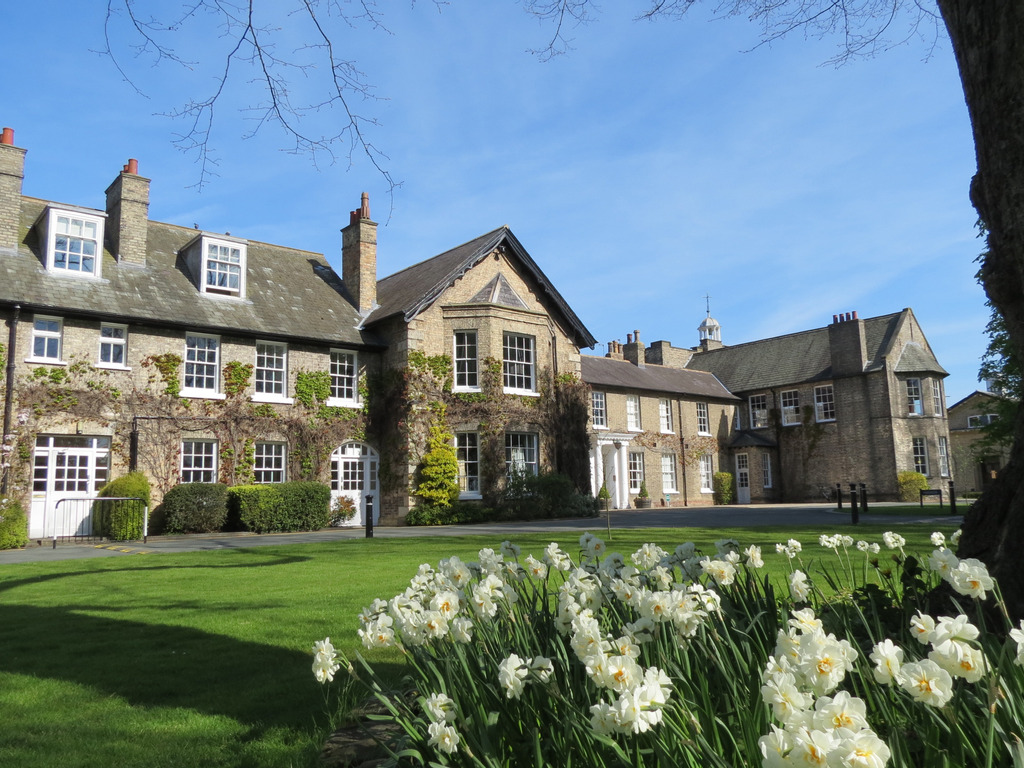 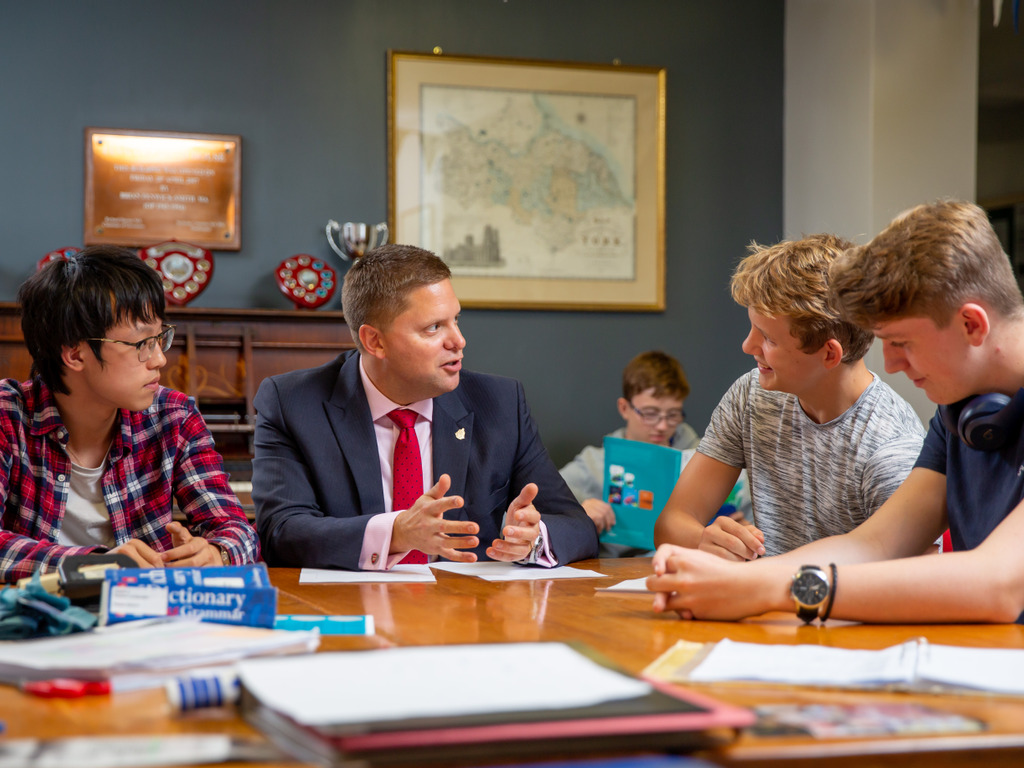 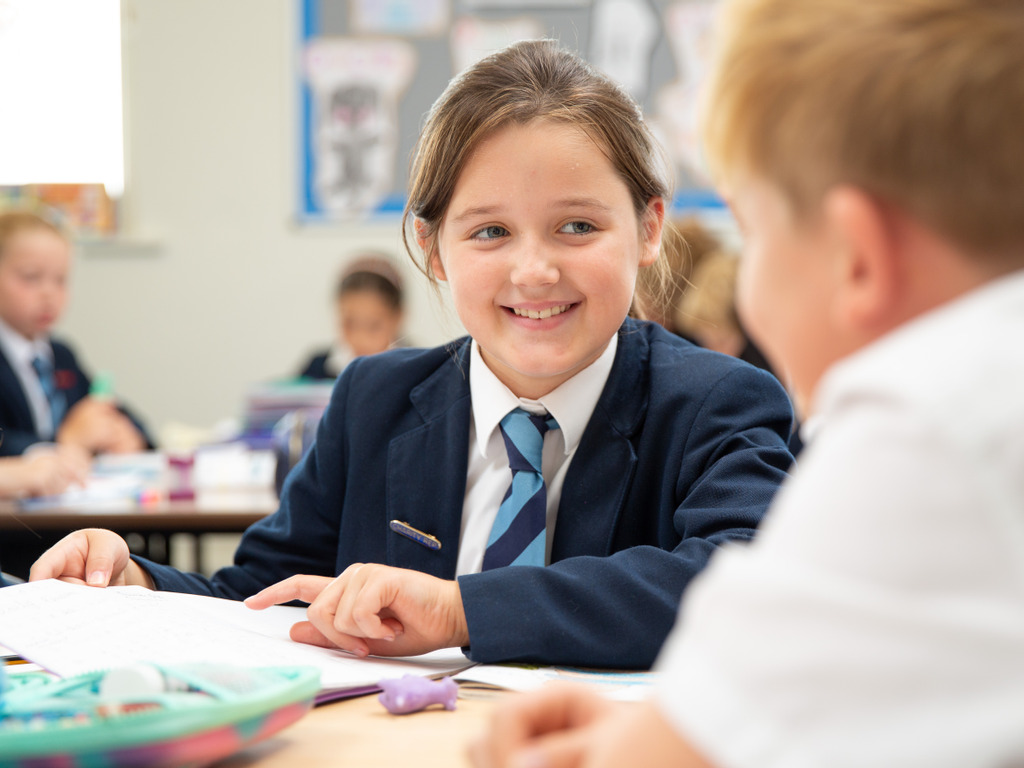 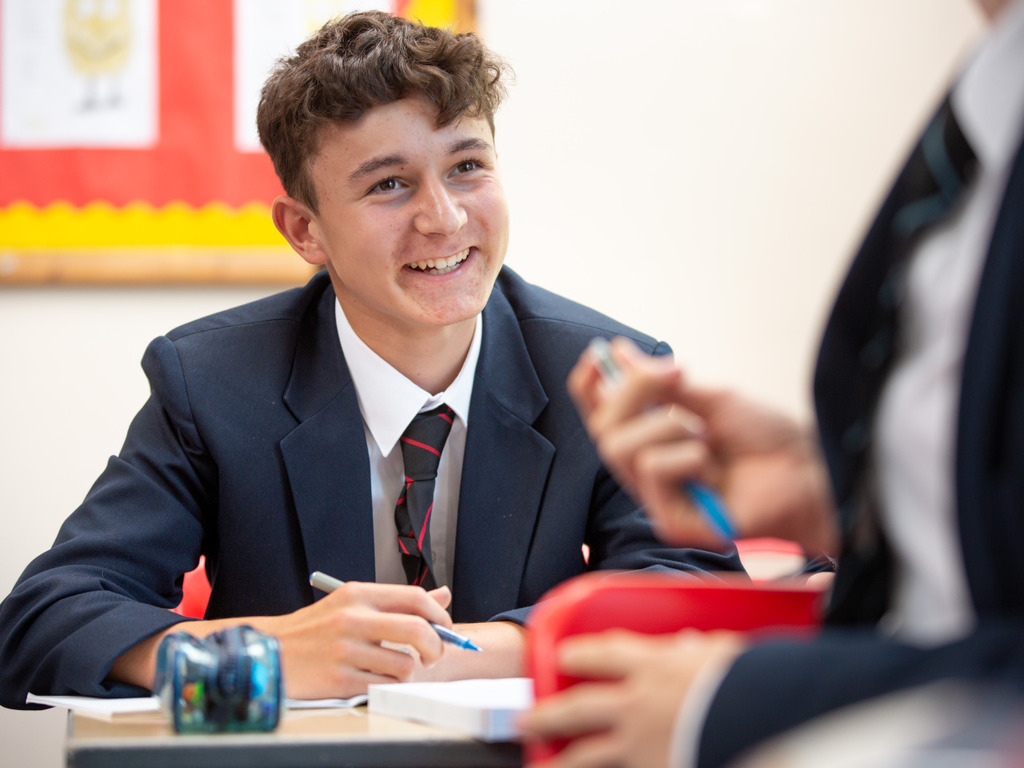 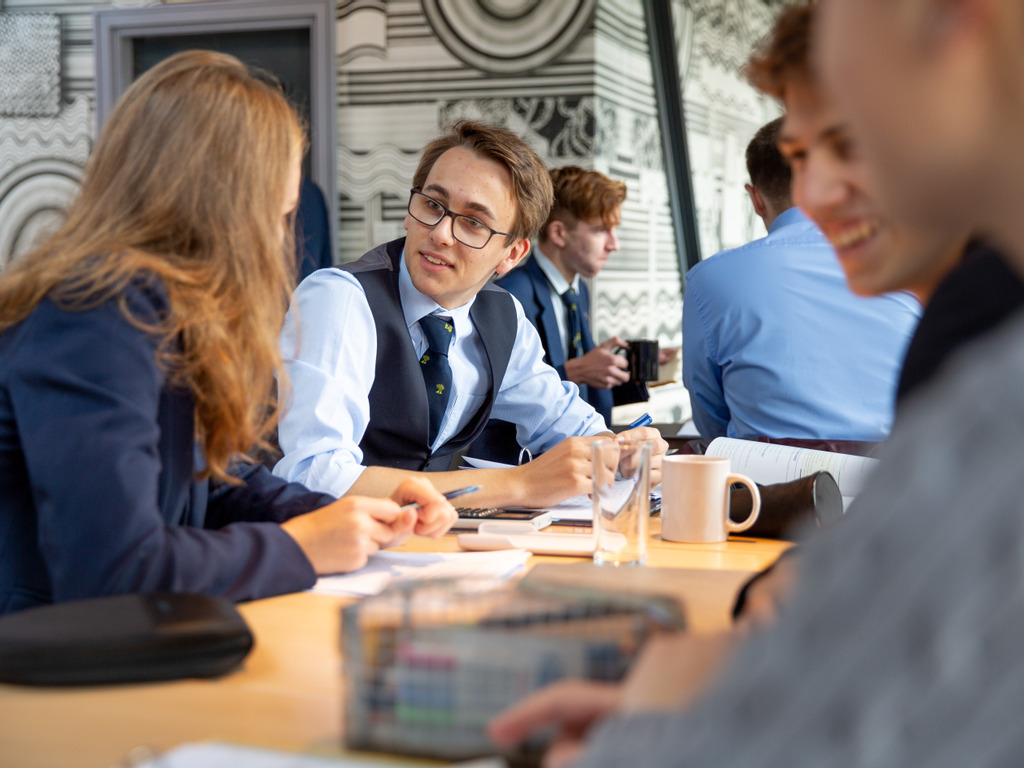 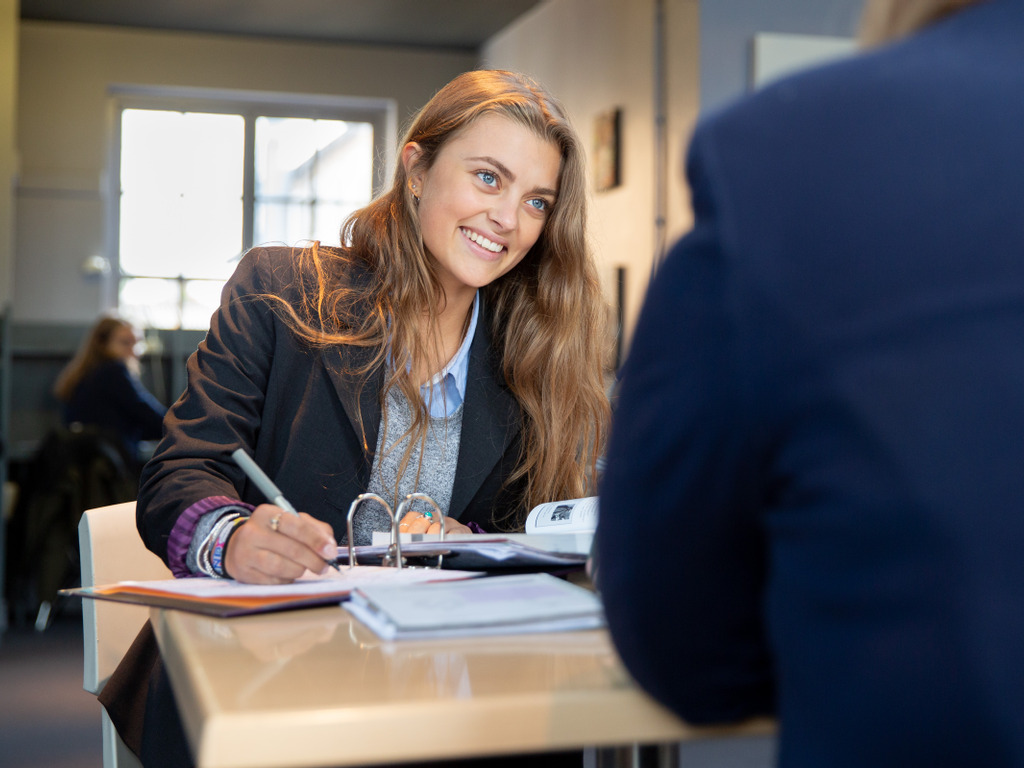 Academic scholarships and exhibitions (worth 10 & 5% of annual day fee respectively) are offered to pupils in 1st Year, 3rd Year and Sixth Form candidates in senior school. The awards recognise and promote academic excellence.

Pocklington School awards a maximum of six music scholarships annually (worth 5% of annual day fee), with three specifically for pupils joining the school at 13+.

Pocklington School has introduced a prestigious new Sports Scholars programme, starting in September 2021, to nurture and support the sports men and women of the future. It is available to pupils in Third-Fifth Year (Years 9-11).

Means tested Sixth Form bursaries providing up to 100% of the annual day fee are also available.

The Pocklington School U14 Rugby Sevens team had a fantastic tournament at the Charlton 7s recently, when after the group stages they secured a place in the final to win the Plate Competition.

10th March 2022 — After travelling to Durham School for the tournament, the team had to quickly get into a game mind-set ready for the tough opening fixture against RGS Newcastle in which they were resilient and hardworking throughout, before running them close in a narrow defeat. However, after ever-growing improved performances in the group stages against Durham, Bradford and Ashville, the boys qualified for the Plate Competition.

The Pocklington team drew Durham once again in the semi-final and the performance was sensational. The Durham group match was perhaps the most disappointing performance of the day, yet the second face-off saw the boys dig deep to show improvement and some of the technical skills on display were magnificent. Playing with width and pace they worked hard to compete from every kick off and challenged well at every break down, turning the ball back into their favour multiple times. They won the game convincingly 38-7 and drew Woodhouse Grove in the final.

Against Woodhouse, two well-drilled and competitive teams battled each other in a highly fought game of rugby. Tackles were strong and both teams showed determination and grit in order to outplay their opponents but in the end, Pocklington’s teamwork and commitment shone through as they ran out 24-5 winners.

After the game, Mr Lambert, teacher of Games, Sport and PE and coach of the U14 squad commented: “Every member of the Pocklington team can be proud of their achievements. This was a deserved victory in the Plate Competition and a great standard to set as they travel to London to the National Sevens Tournament at the end of the month!”

16th February 2022 — Pocklington School pupil, Emily Marshall was recently awarded Gold for High Jump at the Northern Indoor Championships held at the England Institute of Sport in Sheffield on 6th February. Already ranked no 1 in the UK with an impressive PB of 168cm the previous week at an open meet in Manchester, Emily was delighted with the gold medal.

A week later on Saturday 12th of February, Emily went on to win Bronze at the England Athletics Age Group (U15/U17/U20) Indoor National Championships (at EIS Sheffield) and retained her age group’s 1st place ranking -an enormous achievement as this was the first time Emily had been old enough to compete in the Nationals.

Emily said “I’ve been doing high jump for 6 years and I’m part of Kingston Upon Hull Athletics Club. Last year I changed coaches and began training twice a week with Ian Hill at EIS in Sheffield. Since training with Ian I have improved by 23cm! I am currently ranked 1st in the UK for high jump in the U15 age group with my PB of 1.68. My goal for the indoor season was to clear 160 so jumping 168 a few weeks ago was a big highlight!”

"As a community we are delighted with the success that Emily has achieved, it is testament to the hard work and dedication that she has shown in this field, and we all wish her well in achieving her goal of 174cm through the outdoor season"

Emily’s coach Ian Hill added ‘I have been coaching high jump for many years and have coached athletes through to international level. Though Emily is still young and developing she can put together a series of jumps which make people sit up and take notice. It is exciting for me to think what the future may hold for Emily’.

Pocklington School shared its facilities and resources as part of its Schools Outreach Programme when the Head of Netball and Co-curriculum hosted a netball coaching session for 8 to 11-year-olds from local primary schools.

The children were guided through a series of sporting drills, which focussed on key elements of gameplay including ball skills, footwork, attack, defence and rules of the game. After several team exercises, the youngsters enjoyed some match play, where they put their newly refined skills into practice. The Sixth Form leaders concluded the session by thanking all the children for working so hard (and on such a cold morning!) and awarded certificates of merit.

She continued: “The children did their respective schools proud, and we were hugely impressed with their love of being active as well as learning new skills, despite the wind and rain!”

Pocklington School offers a Sports Scholars programme which is designed to nurture and support the sportsmen and women of the future. The sports scholars receive a range of support and the programme is aimed at students entering into Year 9 or 12. Please visit the school website for further information.

Hard work pays off for Ben in language studies

Hard work pays off for Ben in language studies

16th February 2022 — Congratulations to Upper Sixth student Ben Symes, who achieved an impressive Grade 9 in GCSE Japanese in November 2020 and A* in A level Japanese in October 2021. This phenomenal achievement is all the more impressive as Ben was self-taught whilst being supported by teachers at Pocklington School. His parents and teachers are understandably very proud of him.

What started as a hobby soon became Ben’s passion as he began studying Japanese in earnest in October 2019 and found he loved the language and has an interest in all things Japanese.

The expected level of language does not quite compare to modern languages but with hard work and studying alongside eleven other GCSE exams and three A levels, Ben did fantastically well to achieve top grades at both examination levels.

Ben has a conditional offer to study Oriental Studies at the University of Cambridge and is looking forward to travelling to Japan in the summer.

7th February 2022 — Former pupils and members of the wider Pocklington School Community will have the opportunity to honour their old teacher and housemaster, the late Malcolm Milne by donating to the School’s ‘Shape the Future’ bursary campaign in his memory.

Malcolm, or ‘Mally’ as he was affectionately known, was a pupil at Pocklington School from 1955 until 1962, returning in 1971 to teach geography. During his 32-year career as a teacher, tutor, housemaster and sports coach at the School, Malcolm earned pupils’ respect through his empathetic nature and his love of sport, nurturing them with his unflagging encouragement and compassion.

Malcolm was also the Secretary to the Old Pocklingtonian Association (Pocklington School’s former pupil society) for more than 30 years, organised the annual Pixies’ cricket tour to Sussex for 50 years from the mid-60s, and in 1987 initiated the still popular staff golf day. Malcolm’s lifelong love of sport, people and the School did not relent even after his retirement from teaching in 2003, as he regularly helped out with School and Old Pocklingtonian events, coached and umpired cricket and was a regular on the School’s rugby touchline.

Malcolm was passionate about helping to make Pocklington School more accessible to as many deserving students as possible, regardless of their background, and played a key role in the planning of the School’s ‘Shape the Future’ campaign.

Old Pocklingtonian Committee member and former student Simon Spence, who suggested the idea of making donations to the campaign in memory of Malcolm said: ‘’Mally Milne was a great believer in broadening the reach of a 'Pock' education as widely as possible and I am delighted that donations in his memory will go to the 'Shape the Future' campaign, which he was so instrumental in helping set up. I hope many former students, whose memories of him are as fond as mine, will want to donate to it.’’

The Shape the Future fundraising campaign is currently being rolled out to the Pocklington School community with information also available on its website at www.pocklingtonschool.com/support-us/shapethefuture

8th December 2021 — On Thursday 2nd December, Pocklington School Combined Cadet Force (CCF) welcomed Brigadier David Colthup as the Inspecting Officer for the Biennial Inspection. The Inspection was originally scheduled for May 2020, but had to be postponed.

The Brigadier arrived at midday to be greeted by an Honour Guard parade, led by Upper Sixth student and cadet, CSM Thomas Brown. The parade included Fifth and Sixth Form cadets and Brigadier Colthup took the time to speak with every member of the 46 cadet strong parade.

During the afternoon, Fourth Year cadets joined the Fifth and Sixth Form students for a series of activities that included skill at arms, paint ball, the gun run, navigation, survival and fieldcraft.