Talbot Heath school, in partnership with West Hants Tennis Academy, have enjoyed success this weekend when the U13 team won the National Championships in Bolton.

The competition – the LTA Youth Schools Year 7 and 8 National Finals 2021 – usually involves the top four teams in the country who have won the Regional rounds, although this year one of the U13 teams had to pull out at the last moment due to Covid.

Team TH consisted of Nancy and Lola (Upper 4), Sophia and Keira (Lower 4) and Iraja (Upper 3) and their first matches (four singles and two doubles) were against Trent School, Nottingham.

Talbot Heath produced a display of strong ground strokes and tactics to win 3 out of the 4 singles and both doubles matches to win the match 5-1.

The next round was against Royal Grammar School, Newcastle.

Talbot Heath quickly took the lead with wins from Iraja, Keira and Sophia, followed by a hard fought win by Nancy.

In the doubles Lola playing with Iraja and Sophia teaming up with Nancy, dominated play with excellent team work to bring home the win 6-0.

With two wins the Talbot Heath team had won the group and were crowned National Champions.

Mrs Camp, who attended the championship, said how proud she was of the team: "The girls’ positive attitude and sportsmanship was present all weekend and they were a credit to the school and Tennis Academy."

"It was a fantastic team effort – well done to all five girls and thanks to the coaches at West Hants for their hard work training the team." 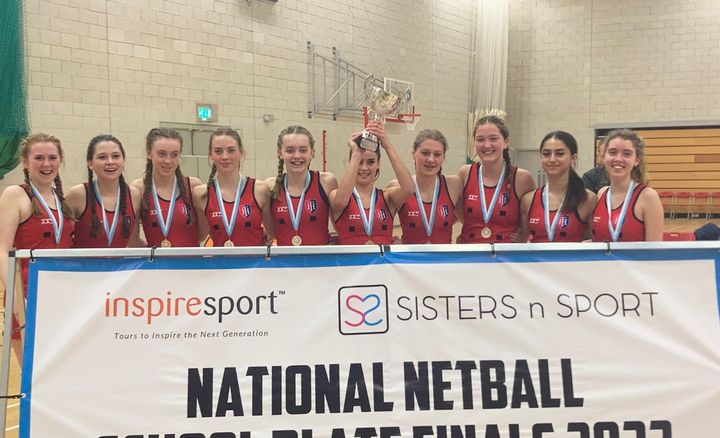 25/03/22: The U16 Talbot Heath netball team won the Sisters N Sport National Plate Final recently. The event, which runs for a number of weeks, involved over 700 school teams from across England.