A blue plaque to mark the life of William Wilberforce MP (1759-1833) at Marden Park, now home to Woldingham School, was unveiled by Claire Coutinho, MP for East Surrey, on Friday 15th October.

As a leading campaigner for the abolition of the slave trade and slavery, the day to mark Wilberforce’s time at Marden Park was chosen in the run up to Anti-slavery Day on Monday 18th October, which aims to raise awareness of human trafficking and modern slavery nearly 200 years after Wilberforce’s death.

Wilberforce lived at Marden Park for two years near the end of his life from 1821-23.

It’s reported that Wilberforce said it was ‘one of the prettiest spots that I ever saw’.

Guests at the unveiling included Mrs Carol Wates, a relative of Wilberforce, and her husband John, local councillors, and Woldingham Sixth Form students taking A Levels in history and politics.

The blue plaque will be a lasting reminder of the life of Wilberforce, who was such an important figure in history.

Woldingham School is an independent day and boarding school for girls aged 11 to 18.

19/01/23: Pupils at Woldingham celebrated the school's 180th Anniversary recently, taking part in a range of '180 themed' activities. The events were part of a fundraising campaign for bursaries to enable future generations to enjoy a place at the school. 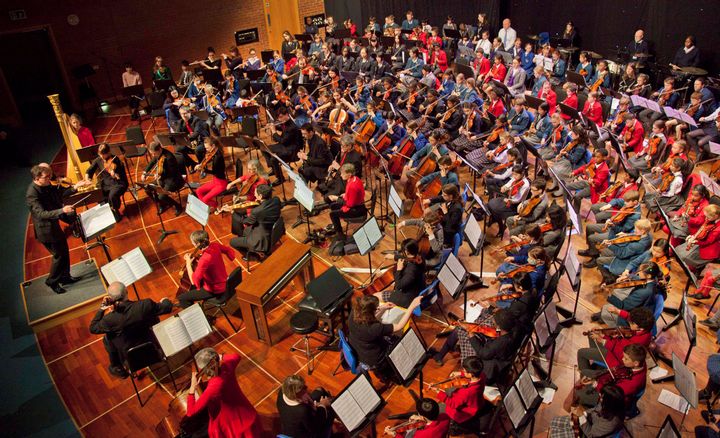 04/03/22: Students from primary and prep schools and members of Woldingham’s orchestra played alongside professional musicians from the London Mozart Players a gala concert, which included a performance of 'Press Play', composed and conducted by Jeff Moore.