Renowned astrophysicist Dame Jocelyn Bell Burnell said today she would love to see young girls being given more opportunities to play with STEM-inspiring toys and encouraged to take leadership roles.

Professor Bell Burnell's comments came in answer to questions posed during a live, in-person Q&A in celebration of International Women’s Day, hosted by The Mount School York and attended by pupils from Queen Mary’s School and Terrington Hall School.

She encouraged the gathering to look at the website lettoysbetoys.org.uk which appeals to the toy and publishing industries to stop limiting children’s interests by promoting some toys and books as only suitable for girls, and others only for boys.

Each school had prepared a short list of questions for Professor Bell Burnell, which were read out and answered in turn, before the hosting panel College Leaders opened the floor for general questions.

Professor Bell Burnell, who is an old scholar of The Mount School, explained how she strives 'to be a voice for women, particularly younger women'.

She quipped: “As you get older you can be more outrageous and be more blunt.

"Sometimes you need people to say, ‘No that’s not right.’

"It tends to be useful for older women to say that."

She went on to speak candidly about her experiences of being a woman in STEM, including smashing stereotypes at university, being overlooked for the Nobel Prize for Physics, moving to different locations as a result of her husband’s career, her Quaker faith and being the second-only woman to be awarded the Copley medal, which began in 1731.

The theme for today’s International Women’s Day is #breakthebias and calls for a world free of bias, stereotypes, and discrimination.

She reiterated to the girls that 'girls can do physics, and can do it well.'

She reminisced about her time at The Mount, the importance of female role models, her career defining discovery of pulsars and spoke of her responsibilities as President of the Royal Society of Edinburgh, which she is first-ever woman to hold the role.

She told the audience how she donated her US$3million prize awarded by the Fundamental Physics Prize Foundation to the Institute of Physics to fund supporting diversity in Physics.

Summing up the session, Sophie a member of The Mount’s Sixth Form College Leadership Team said:

"Something that stuck with me is how you reacted to a situation, where many others would have reacted to with anger; you have shown us that resilience, optimism and even humour is extremely important in life and I hope that I take that on in my future.

"I was particularly inspired when you said, ‘Girls can do Physics, and can do it well.’

"Your comment that, ‘If you use your talents and you act on your talents you will be at your happiest,’ is another thing that everyone will take away."

The Mount’s Principal, David Griffiths, said: "Today has been a wonderful opportunity for girls to hear from and be inspired by a world-leading expert.

"Jocelyn was kind, humble and approachable and she has left having inspired all those who listened to her talk and spent time with her subsequently."

The Mount School York is an independent day and boarding school for girls aged 3 to 18. 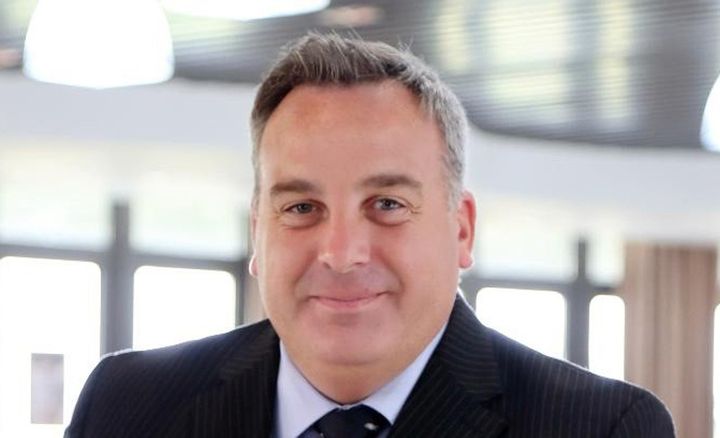 26/07/21: The Mount School York's governing Committee has announced the appointment of David Griffiths to be the all-girl Quaker school's 20th Head. David Griffiths is currently Headmaster at Wycombe Abbey School in Changzhou, China.