King’s House School is a mixed-ability inclusive day preparatory school for boys aged 3 to 13 years and girls aged 3 to 4 years in Richmond, London. Founded in 1946, we are a thriving prep school and specialists in educating boys. King’s House Nursery was founded in 2009, and educates both boys and girls in a safe and nurturing environment.

King’s House provides a happy and relaxed environment for our pupils, where the boys – and girls in our wonderful nursery – thrive and flourish. We offer a broad and balanced education to all our pupils, enabling them to discover their unique talents and passions. Pupils are cherished as individuals and provided with the skills and mental resilience to succeed in whatever path they choose in life. Boys move on to a wide range of day and boarding Senior Schools. When pupils graduate they are not only armed with outstanding academic results, but also with a sense of self-awareness, respectfulness and independence.

To find out more about us, order a prospectus or visit the school, please contact the Registrar, Sally Bass, on bass.s@kingshouseschool.org. 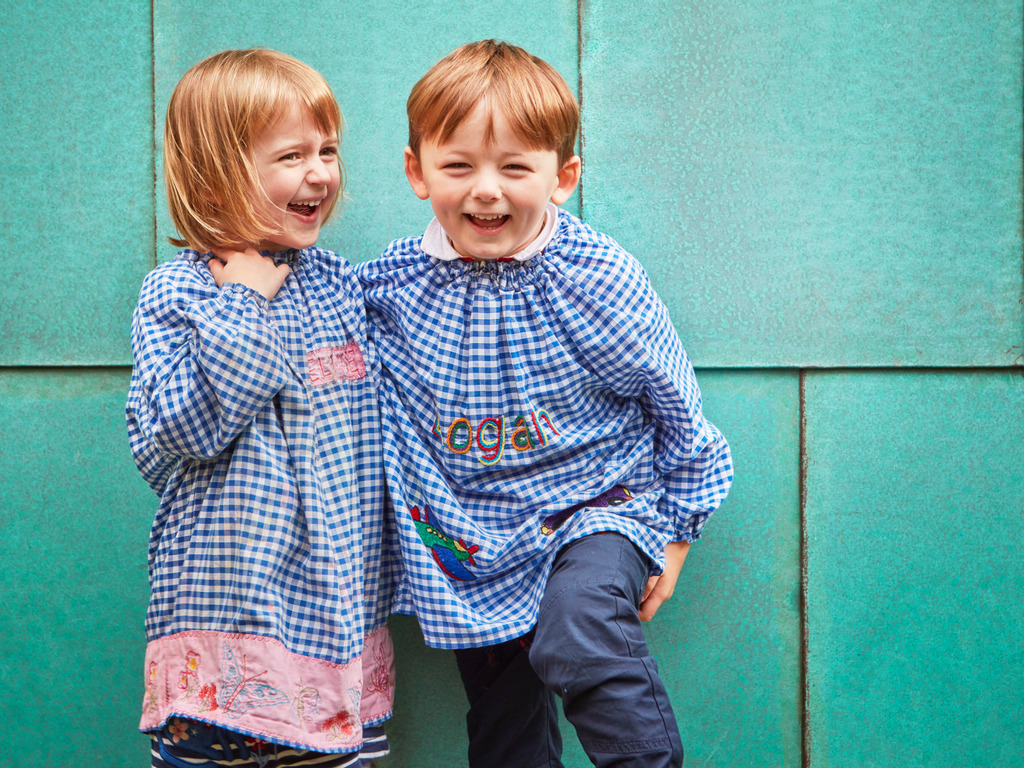 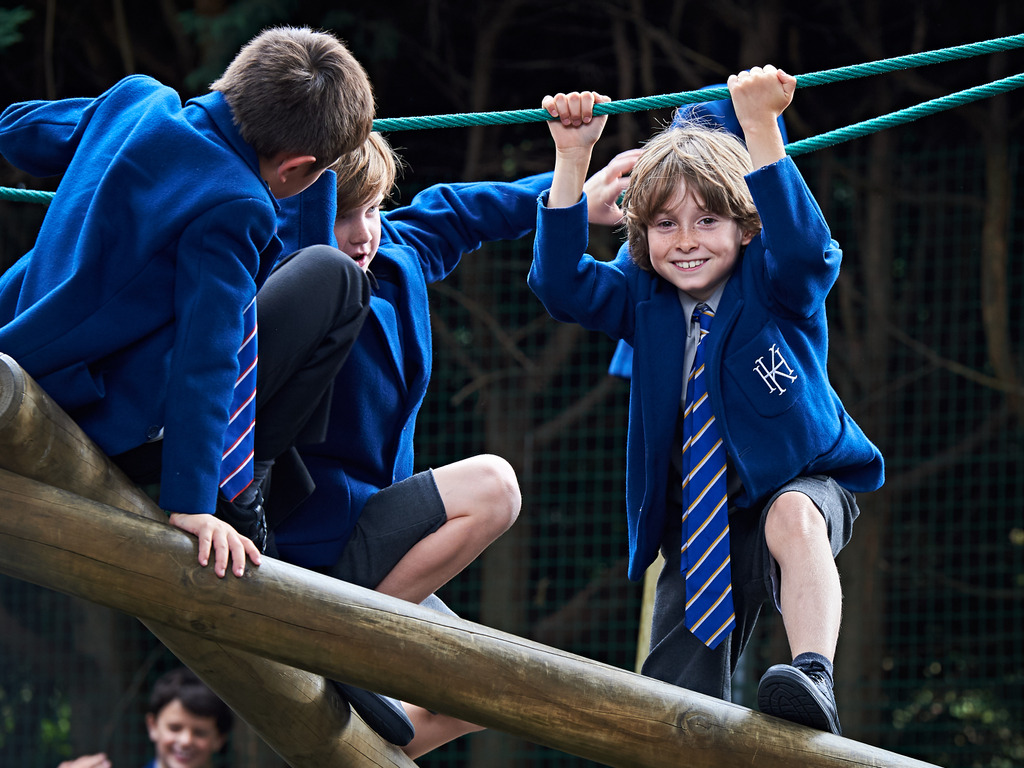 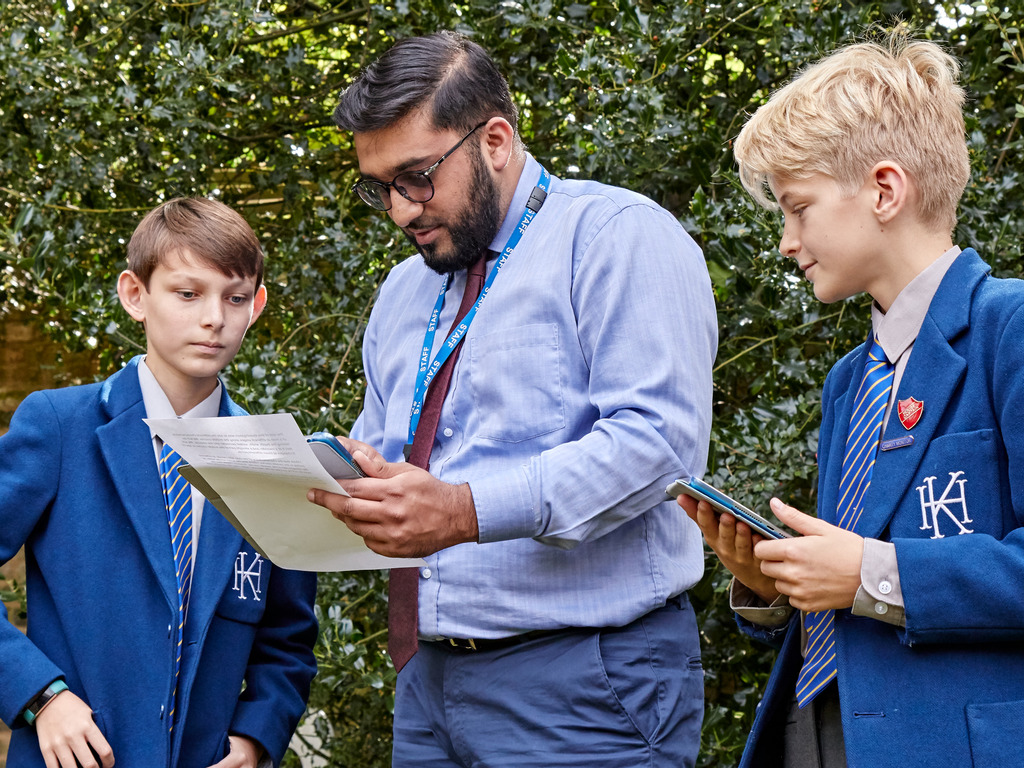 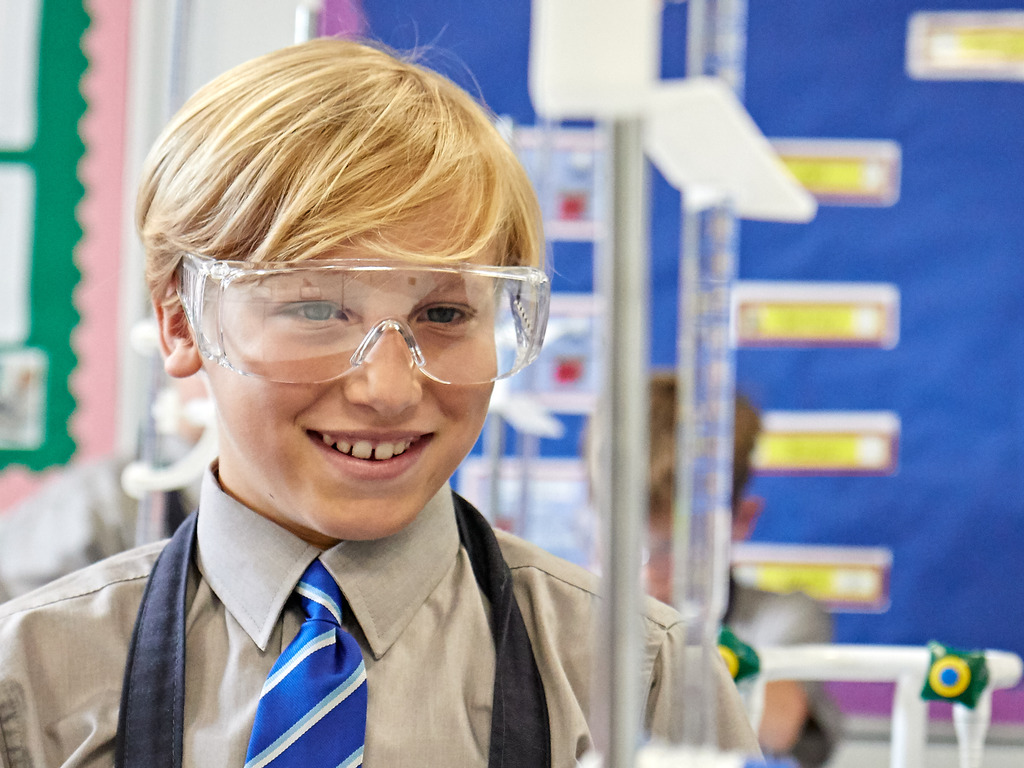 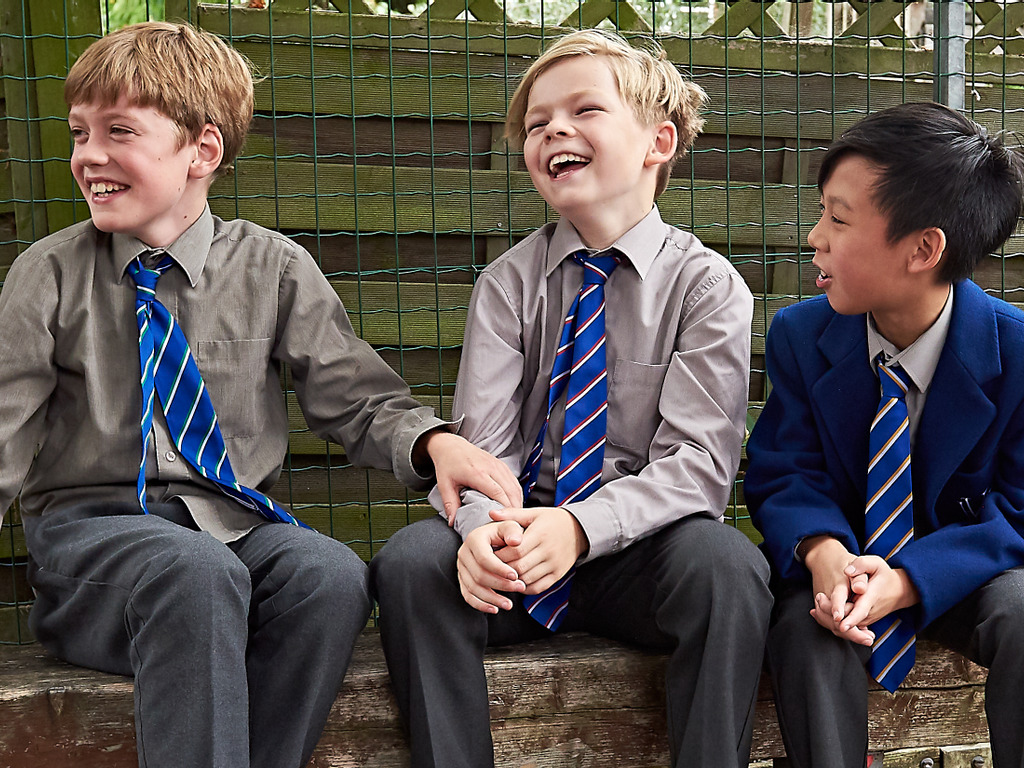 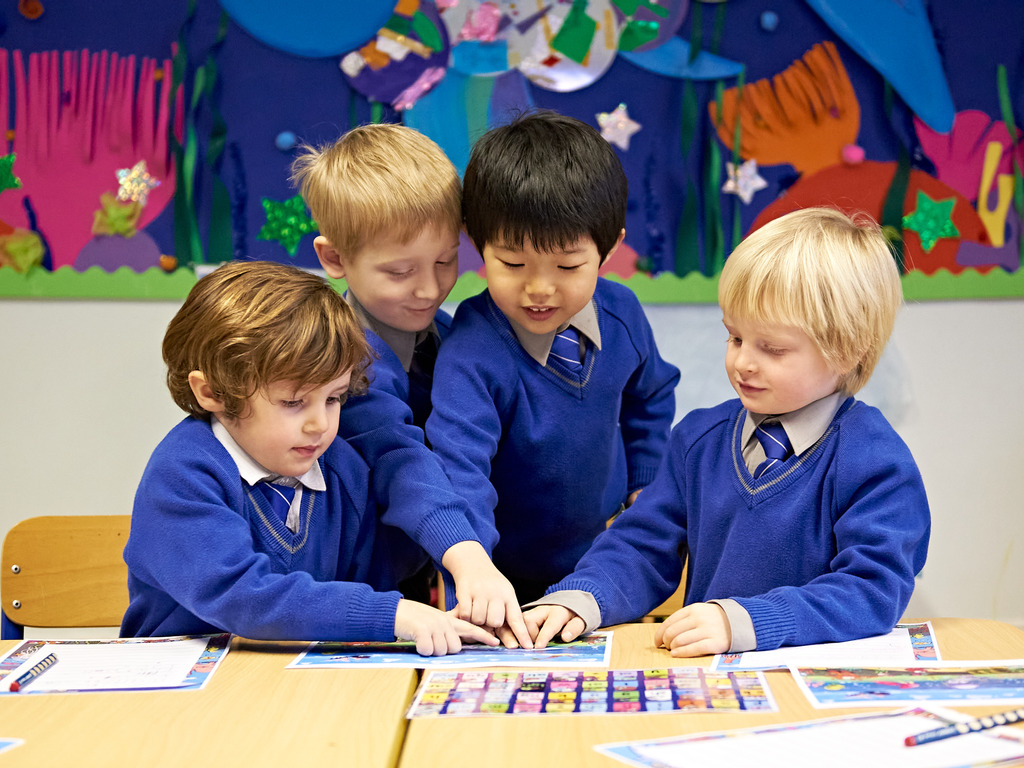 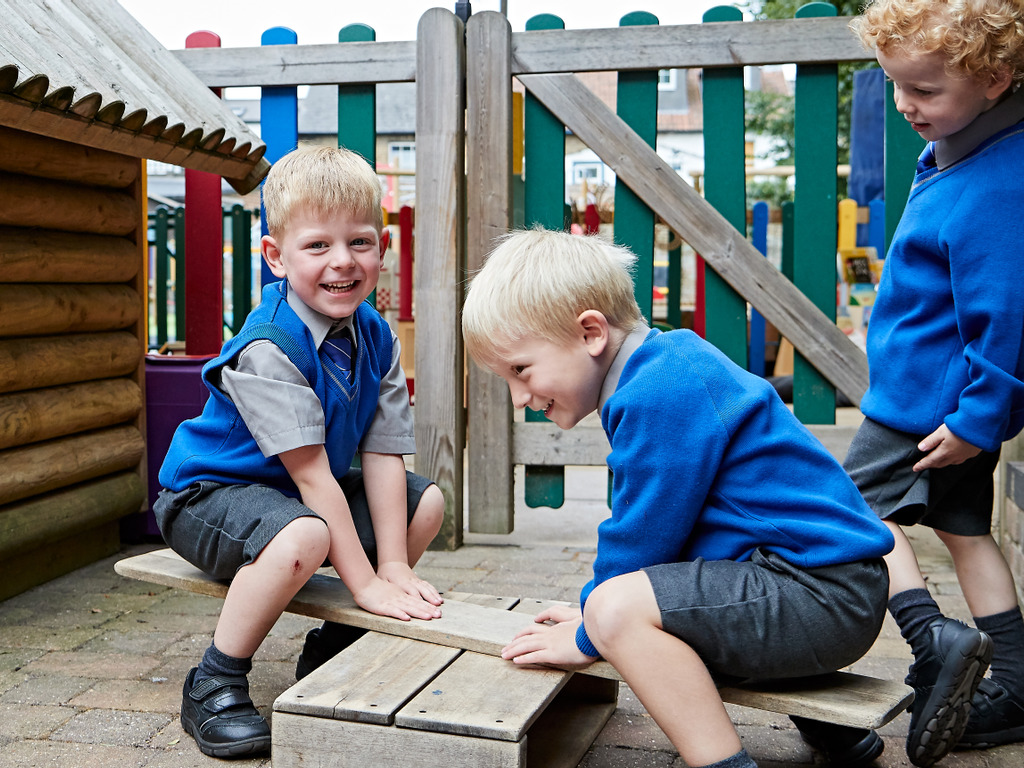 Bursaries may be awarded in the form of a discount of up to 100% on tuition fees. They are means-tested and available to parents/guardians of children entering Year 3 to Year 6. For more information please contact bursar@kingshouseschool.org.

King’s House School offers the Universal 15 hours Early Education Funding for 3 and 4 year olds. We do not participate in the Extended 15 hour Funding scheme.

King’s House School in Richmond was delighted to be able to recently hold the Michael Stuckey Memorial Concert and Singing Concert once again, in memory of the King's House Director of Music.

8th October 2021 — Michael Stuckey was Director of Music at King’s House School, Professor of the Organ at the London College of Music, and Organiser and Choirmaster at Richmond Parish Church when he sadly passed away at the age of 33 in 1988. He had been at King’s House for 12 years, and conducted the choir at the Royal Festival Hall, the Royal Albert Hall, the Wigmore Hall, the Queen Elizabeth Hall, Westminster Abbey and the Barbican Concert Hall. Michael had also been made Children’s Chorus Master for the World Premiere production of Evita, conducted Jesus Christ Superstar at the Palace Theatre and was Chorus Master to the original production and recording of Joseph and the Amazing Technicolour Dreamcoat.

The concert has been held for many years now in his memory, with soloist and ensemble performances alongside the singing competition. There were some fabulous performances from the Chamber Choir, King’s House Singers, Year 4 BBK’s and solos. This year’s three finalists performed Santa Evita by Andrew Lloyd Webber and a song of their choice. Many thanks to the competition adjudicators, Roxanna, Jem and Stephen, who also spoke about Michael’s life and passion for music.

Mark Turner, Head, said: “We were able to hold our usually annual Michael Stuckey Competition Concert for the first time in two years on Tuesday evening, and it was a real joy to be there. There were boys from all the year groups in the Senior Department performing and there was a wonderful range of styles and disciplines on show. We had marvellous performances from our newly formed Year 4 BBK choir, the King’s House Singers and Chamber Choir, all performed with clarity and gusto. Then of course there were our three finalists for the singing competition - all three boys sang to a very high standard, congratulations.”

Many congratulations to Year 8 pupil Krishan, who is this year’s winner of the singing competition, and runners up Gilly and Alistair. As well as the singing competition, there was a virtuoso performance from Sebastian in Year 8 on the electric guitar. He sang a piece he had written himself on climate change, and the judges also awarded him a special prize for this.

5th October 2021 — Extensive refurbishment took place over the summer to create the new facilities, which also includes an extended car park for visitors. The pitch and cricket nets will be enjoyed by King’s House pupils for many years to come, and the all-weather pitch will also be home to the London Wayferers Hockey Club.

Mark Turner, Head of King’s House School, commented: “Here at King’s House we are keen to improve and modernise our facilities both at the school and our Sports Ground for the benefit of our current and future pupils, and our school community more broadly. The fantastic new all-weather pitch at the grounds will not only enhance our own sporting provision, but also provide a great resource for other local schools and sports clubs.”

Natalie Wray, King’s House School Sports Ground General Manager, said: “The new all-weather pitch has transformed the provision at the site. Historically the site has been tailored towards boys and men’s facilities, and the new development enables us to deliver activities such as hockey and netball, making the grounds a first-class multi sports site.

“The new TS6 compliant cricket nets will enhance King’s House School’s cricket provision, and the location will enable KHS pupils to warm up in the nets prior to matches. We are delighted that the pitch will provide a permanent home for London Wayfarers Hockey Club for the first time. The Wayferers are traditionally a nomadic club who use a variety of pitches across London. As the largest club in the country, they have 19 Senior Teams and over 1,000 juniors.”

There are two main points of entry into the School – the Nursery Department, and Reception in the Junior Department.

Applications for Nursery places can be made at any time from birth onwards and all applicants will be placed on a waiting list. Girls and boys may start in the Nursery in the term of their 3rd birthday. Nursery places are offered in order of date of registration, approximately 2 terms before entry.

Boys from the Nursery are given priority in our Reception classes and are expected to stay at King’s House until the end of Year 8, before moving on to their senior school. Reception places are offered approximately one year before entry.

We are a mixed-ability school and do not formally assess the boys before offering them a place in Reception.