Haberdashers' Monmouth Schools educate girls and boys aged 3 to 18 through outstanding educational environments at the optimum stages of their academic and personal development.

Pupils embark on an educational journey within a distinctive community, Refined over 400 years in the heart of the naturally inspirational Wye Valley, our pupils grow into well rounded, refreshingly grounded but also unbounded young men and women, who excel in their chosen paths and who aspire to make a positive difference to society. Boarding and day pupils thrive at Monmouth, enjoying a wide range of academic subjects, the impressive sports, cultural and arts facilities and links with top universities. Haberdashers’ Monmouth Schools recognise talent and nurture excellence, providing the best possible springboard for a pupil’s future. 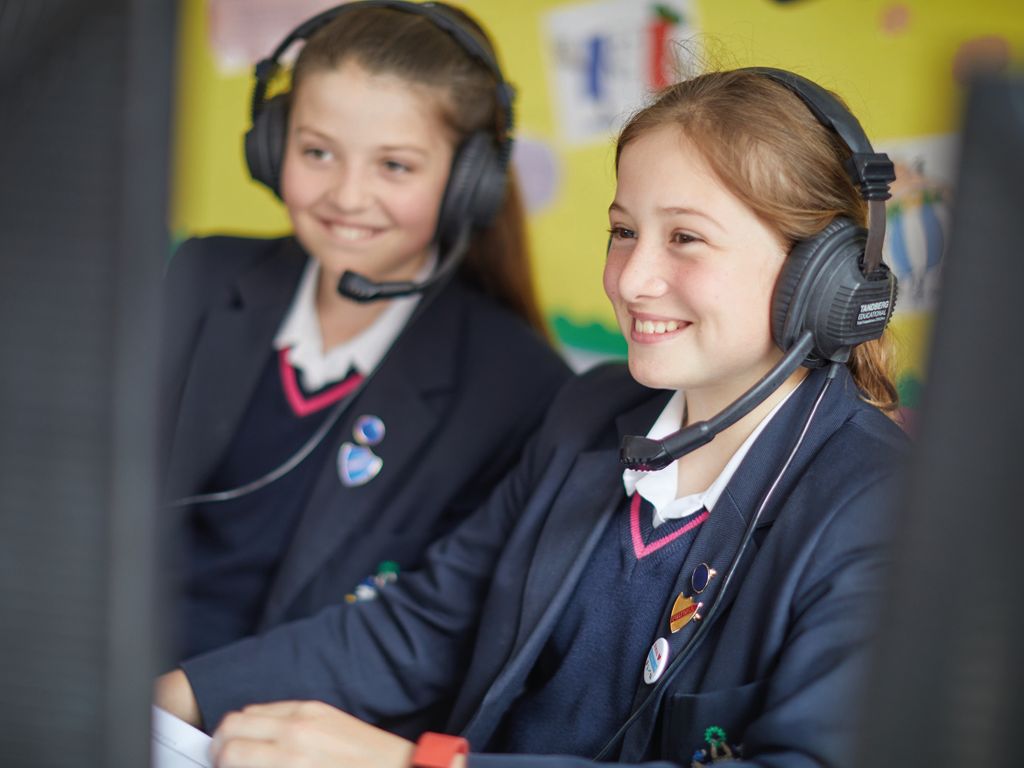 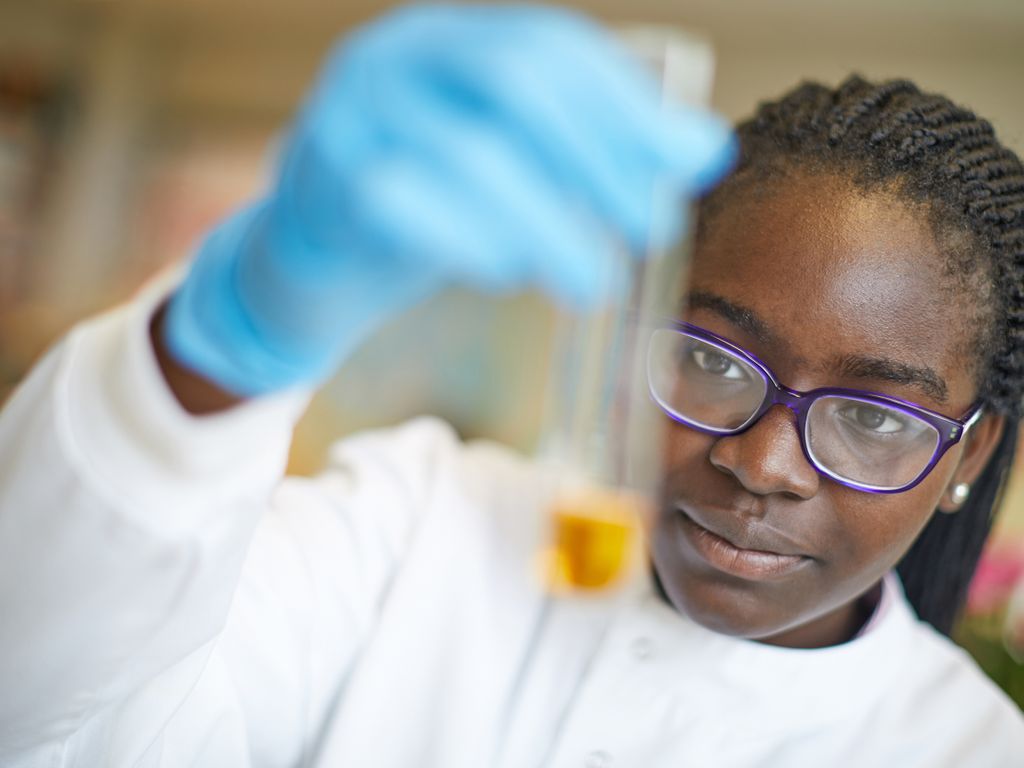 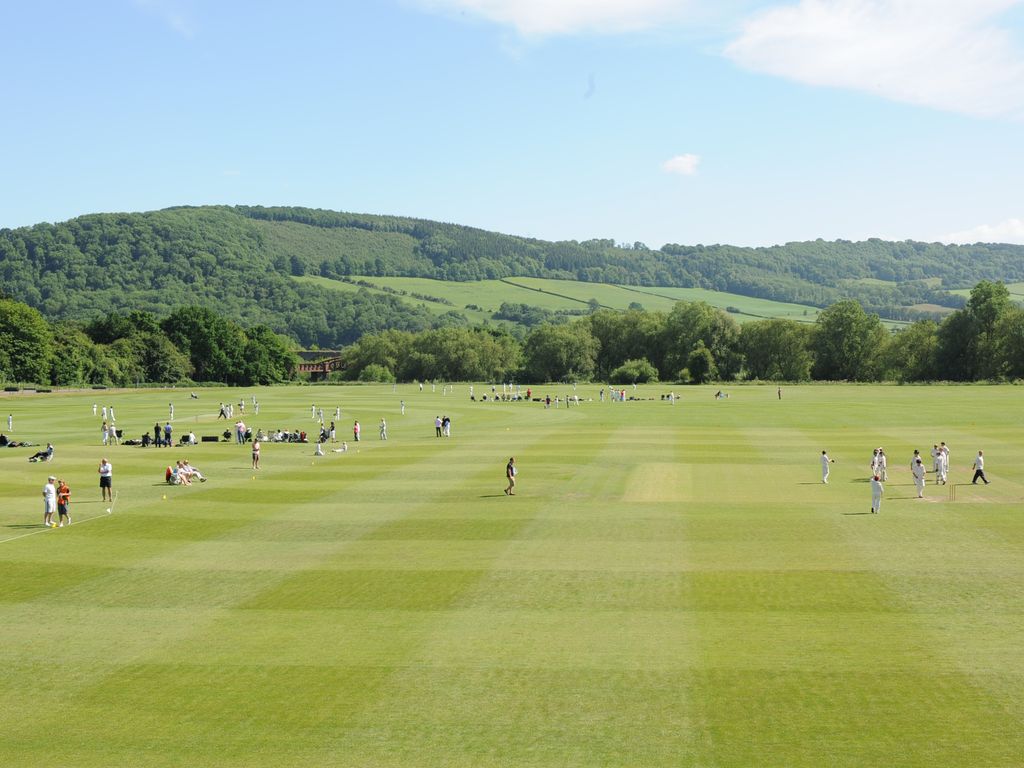 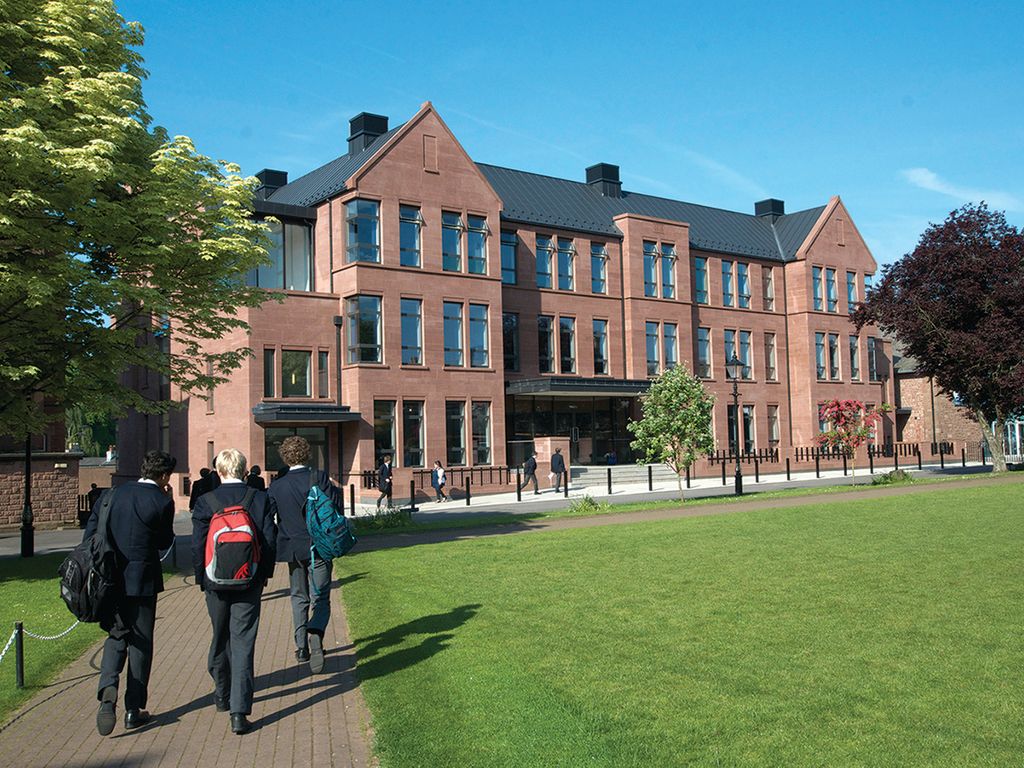 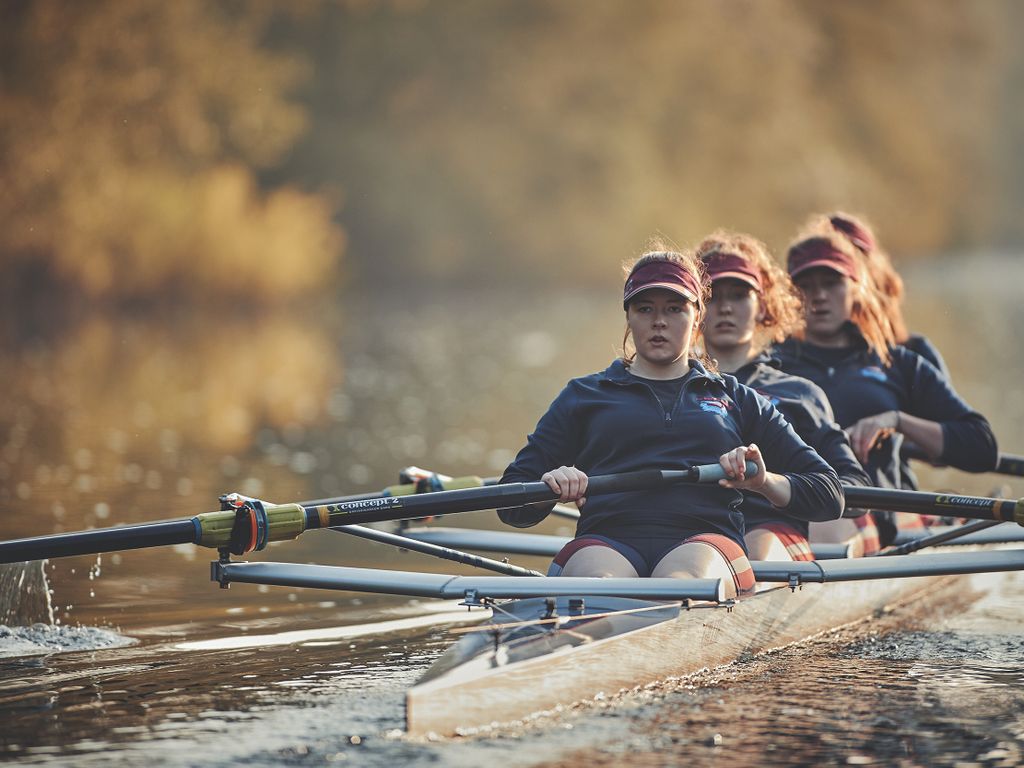 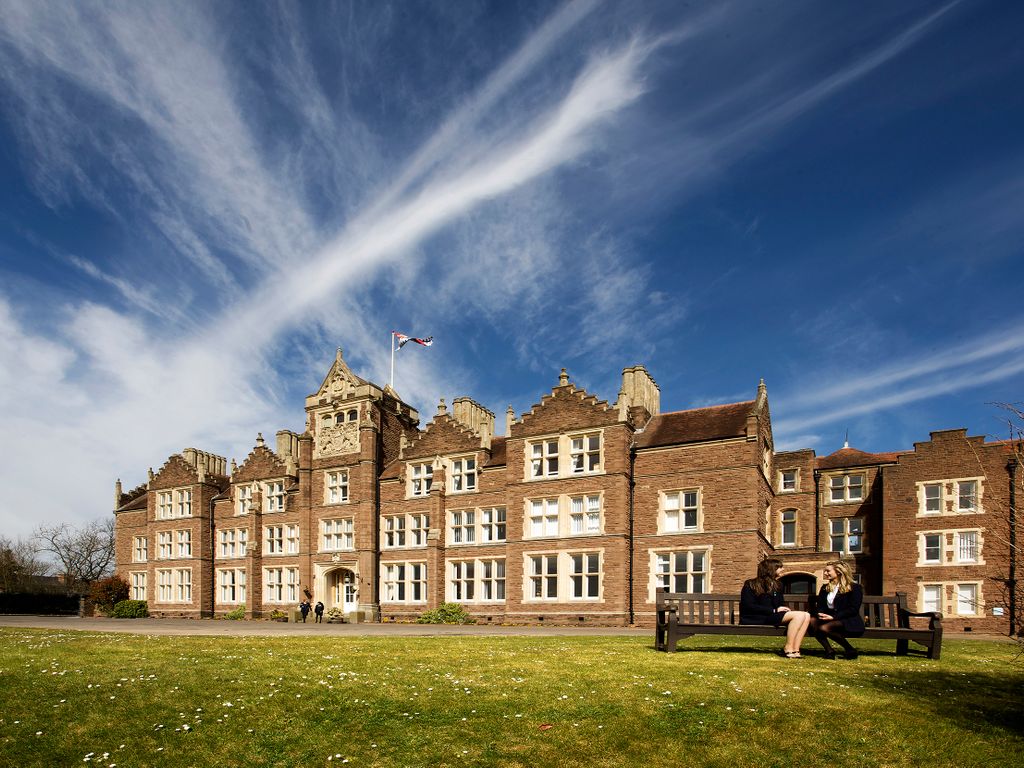 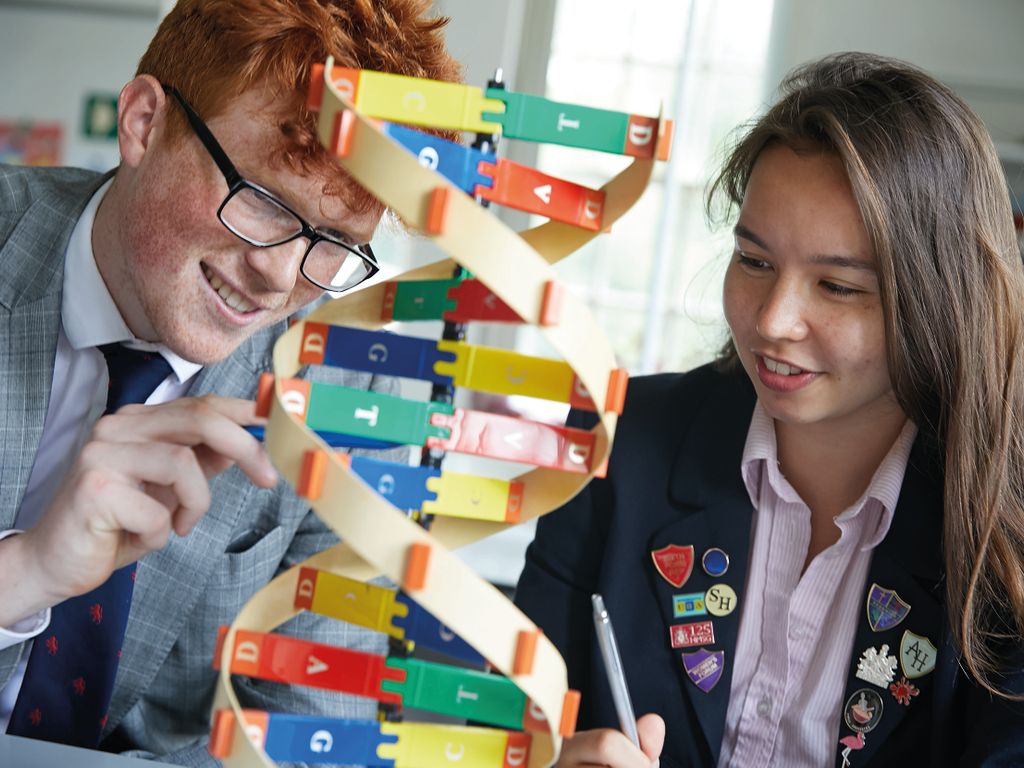 Fees Per term from September 2021

This season, the 1st team netballers at Monmouth School for Girls have won four titles for the first time.

17th May 2022 — The netball players and coaches at Monmouth School for Girls are celebrating after triumphing in a national competition in Cardiff.

The 1st team netballers clinched the President’s Cup after recording five wins from six matches against the top teams from each region in Wales.

It has been a memorable and historic season for the girls, who have won four trophies for the first time.

The Monmouth girls have also captured the seniors’ Urdd Cup for the first time, the annual Habs 7 competition, and Division 1 of the local Wye Valley League.

"Our netballers are all talented girls, have been incredibly committed and love netball,” said Monmouth School for Girls’ Director of Sport, Mrs Caroline Jones.

“We have never won all four competitions in the same season before.”

Monmouth had qualified for the showpiece national schools' event in Cardiff after recording a 18-12 win against Coleg Gwent – Crosskeys in the Under-18 South East Wales County Championship final.

The national schools’ netball competition is organised by Welsh Netball and Monmouth had won it only once previously – in 2017.

Mrs Jones added: “Sian Morgan, our Head of Netball, has coached the girls and worked hard on certain elements of their game. The girls have taken all the coaching on board and tried so hard to incorporate it into their play."

Monmouth parents and pupils shine in memorable evening of music-making

Monmouth parents and pupils shine in memorable evening of music-making

Talented soprano, Carys Davies, an Old Girl and the school Eisteddfod Blue Riband winner in 2020, also featured in the fabulous evening of music-making under the baton of Director of Music at Monmouth School for Girls, Mr Derek Harris.

Miss Davies is now a member of the Welsh National Opera’s youth branch and studies at the Royal Welsh College of Music and Drama.

Guy Harbottle (baritone) and Charles Matthews (organ) also featured in the concert, which was enjoyed by a large and warm audience.

Dr Dan Jones, Head of Physics at Monmouth School for Boys, has more than 6,000 followers on Twitter where he promotes Physics and teaching in general.

13th May 2022 — A passionate Physics teacher at Haberdashers’ Monmouth Schools, who helped colleagues and peers during the Covid-19 pandemic, has won a top regional award.

Dr Dan Jones, Head of Physics at Monmouth School for Boys, has been selected as a winner for the STEM Learning Teaching Award for Excellence in STEM Teaching – Secondary category.

Dr Jones, who has been teaching at Monmouth for the past seven years, will receive his honour at the regional awards in Cardiff on 25th May.

The teacher, who previously taught at Brynteg Comprehensive School in Bridgend, which he also attended as a pupil, has been invited to the national awards event in York in June.

Dr Jones has more than 6,000 followers on Twitter where he promotes Physics and teaching in general and is a school member of the Institute of Physics.

During the lockdowns, he helped colleagues in the teaching profession by setting up a website to share a wide range of online teaching resources, which were created by teachers for teachers. These resources have been regularly used by nearly 1,000 Physics educators across the world.

The teacher, who previously taught and conducted research at Aberystwyth University, runs the Physics section of the outstanding Monmouth Science Initiative (MSI), a sector-leading programme that takes students at local schools well beyond the A level Science curriculum.

Recent highlights have included hunting for the Higgs Boson in CERN data and studying asteroid light curves in the classroom.

He also helps run a popular Astronomy Club, based at Monmouth School for Boys, for adults and students from the local community.

Dylan Allman, a pupil at Monmouth School for Boys, was filmed by The One Show for spearheading a campaign to reduce the number of gardening injuries to hedgehogs.

12th May 2022 — The success story of a kind and caring Monmouth schoolboy has hit national television screens.

Dylan Allman, a Year 10 pupil at Monmouth School for Boys, was filmed by BBC One's The One Show for spearheading a campaign to reduce the number of gardening injuries to hedgehogs.

Over the past two years, Dylan has been contacting manufacturing companies to highlight the dangers to hedgehogs caused by gardening equipment.

Now, Dylan’s appeals have been recognised by a garden equipment manufacturer, Hyundai Power Products, which has agreed that every lawnmower and strimmer coming off its production line will include a Be Hedgehog Aware sticker on it.

"A sticker on the actual piece of equipment reminds the gardener to check for hedgehogs first, which means they are much less likely to be injured if they’re discovered before strimming or mowing begins,” said a delighted Dylan, who lives in the town and is Monmouth’s Hedgehog Champion.

“Many hedgehogs suffer horrific injuries each year from gardening equipment because people forget to check before they start to strim and mow.”

“It’s a very worthwhile cause and also very inspiring to see someone of Dylan’s age driving this forward.

“The first batch of machines with the stickers on have just come off the production line, and we can’t wait to get those out to the UK’s gardeners and start making a difference to helping reduce the number of hedgehogs injured in gardens.”

As part of his filming with The One Show feature, which was screened on Friday 6th May, Dylan was interviewed by presenter Lindsey Russell, formerly of Blue Peter, and was joined by Grace Johnson, the Hedgehog Officer at Hedgehog Street.

The 15-year-old schoolboy celebrated Hedgehog Awareness Week and closed it on Saturday 7th May with his own live-streaming event.

Headmaster at Monmouth School for Boys, Mr Simon Dorman, said: “We are very proud of Dylan, who has campaigned tirelessly for the past two years to reduce the number of gardening injuries to hedgehogs.

“Despite some disappointments along the way, Dylan has shown resilience. He has remained focused, determined and upbeat throughout his campaign.

“We are delighted that Dylan’s wonderful work has been recognised by both The One Show and a garden equipment manufacturer.”

6th May 2022 — More than 35 Harry Potter fans have taken part in a magical evening in Hogwarts School Great Hall.

Organised by Ms Saffron Williams, Head of Libraries at Haberdashers’ Monmouth Schools, this fabulous event was a huge success with fun, food, games and laughter throughout the evening.

Year 6 pupils at Monmouth Prep School were joined, at The Blake Theatre, by children from Raglan, Kymin View and Llandogo primary schools.

The creativity and range of the children’s projects were remarkable, including measuring lung capacity, bacteria in face masks and whether the weight of a ball can affect how far it travels.

“It was fantastic to see many of the teams conducting experiments on the day so that the visitors and judges could be part of the research.”

Dr Wall, who has been carrying out science outreach workshops in local primary schools, added: “Well done to everyone who took part and to parents who came along to support.

“It was wonderful to see the children recognised for their hard work and I cannot wait for our next science fair in 2023 when, hopefully, even more local primary schools will be able to join us.”

Our aim is to make the transition to a new school as smooth as possible. We understand how important choosing the right school for your child is.

We have multiple entry points for children applying to join us and we welcome applications throughout the year.

Early application is encouraged to avoid disappointment at our key entry points, however, we tailor the admissions process where possible to accommodate you as a family.

We are happy to arrange individual bespoke tours to fit in around your work and family commitments, while observing social distancing and other safety guidelines to minimise any risk of transmission within our school community.

Our admissions teams will accompany you on tailored tours of our facilities and arrange face-to-face or virtual meetings with key staff.

We are also able to conduct meetings via Skype or Zoom and entrance assessments can be sat remotely, if required, by prior arrangement.

We are here at the end of an ema