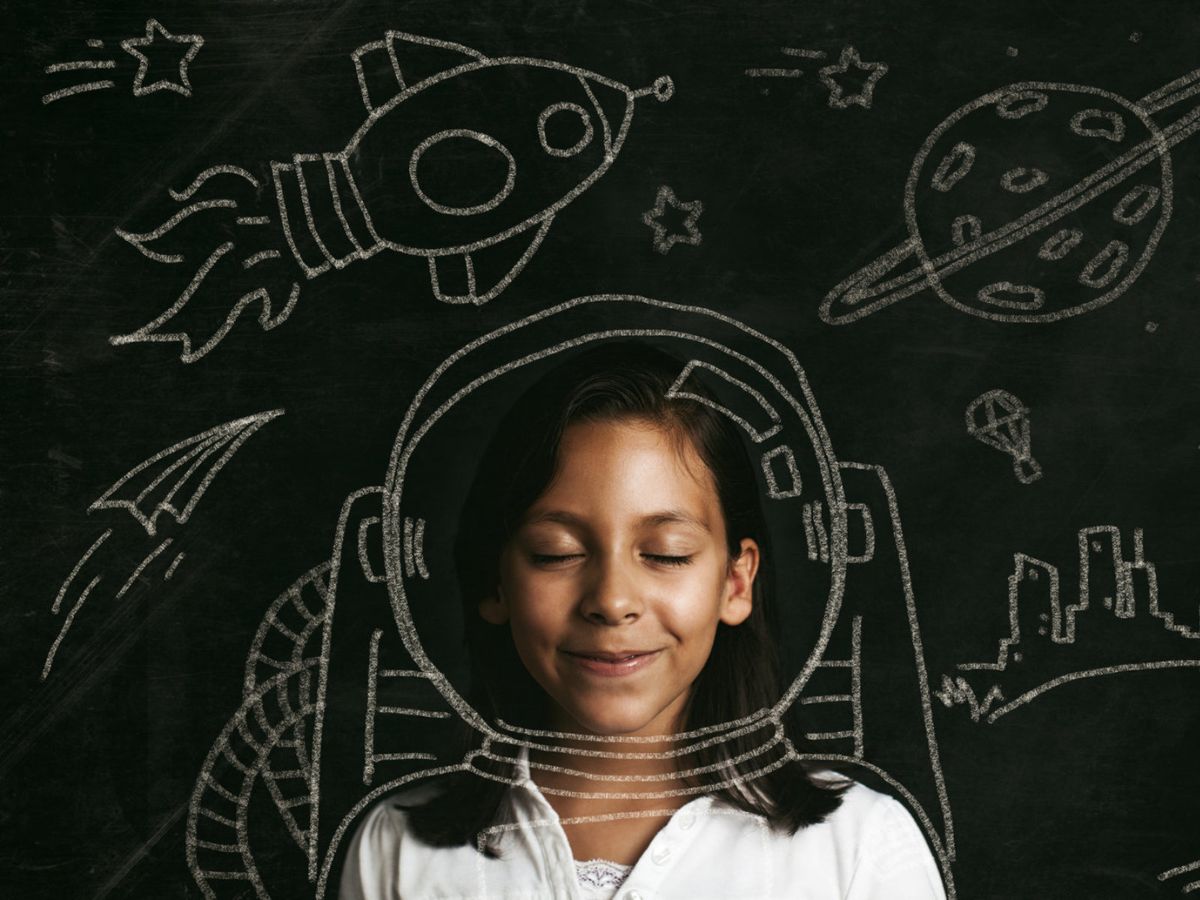 Everyone seems to enjoy predicting the future. You cannot read the news without seeing forecasts and speculation for what our world will look like in 2019 and beyond. Futurologists (now, there's a career choice) come up with all sorts of predictions from the patently obvious to the pretty bizarre. And with any major sporting event, the media are not content to limit the predictions to just a bunch of pundits: they instead give airtime to an octopus to provide pre-match insight. And we all watch, half wanting to believe an octopus can actually be psychic.

So what does the future really hold? Well, I can honestly say I have no more insight than a cephalopod but one thing is certain: the future is unpredictable. We need to help our children grasp unpredictability with both hands and so need to remember how the world looks through a child's eyes. I have always liked the quote from the late Douglas Adams in A Hitchhiker's Guide to the Galaxy where he explains that anything in the world when you are born is 'normal and ordinary' and anything invented between the ages of 15 and 35 is 'new and exciting and revolutionary and you can probably get a career in it'. His conclusion perfectly explains how, as you get older, your desire to embrace new things evaporates: 'Anything invented after you're 35 is against the natural order of things.'

If you are from a generation who can still remember the burr-whizz-burr of a dial-up modem, you take the proclamations of the benefits of 5G with a hint of scepticism. I find myself saying to my kids, 'Back in my day, a phone was used to make phone calls' like some grumpy old misfit. But it was all simpler back in the 90s – our career guidance options were pretty much limited to professions and occupations which were open to our parents. It's a different world now.

For our children, the future looks amazing. My eldest thinks my phone can look up the location of anyone at the touch of a button – he has extended Find my Friend beyond meeting Mummy after work to encompass a surveillance tracking of anything with a pulse. I have tried to explain it doesn't work like this but he didn't seem to be interested in the answer. Of course, a child's creativity knows no bounds as it hasn't been ground down by the boring constraints of reality. As all parents know, any sentence emanating from the back of the car which begins, 'wouldn't it be great if...' is seldom viable but infinitely appealing.

We live in a decade where artificial intelligence (AI) is in the ascendancy. Putting aside the debate about whether computers will ever actually think, more and more of our interactions with computers will involve AI. From call handling, image processing and driverless cars, AI is where the future is most definitely already a reality. But where AI falls down is in the area of creativity. Computers cannot be as creative as humans, to think in a creative way and to develop solutions which come from a creative instinct.

A recent episode of the BBC's Click had an interview with the Chief Technology Officer of Artificial Intelligence at Microsoft, Joseph Sirosh. He was asked what children should study for their future employment? 'Creative work', was his answer. 'The sort of things that only humans can truly do. Innovation... the history of humanity is about leveraging technology, standing on the shoulders of giants, and reaching for something new.'

I think this point is hugely important. Over time, more and more jobs will be taken over – or significantly assisted – by technology. Whilst it is easy for us to see this in a negative light, for our children it simply means they will need ever more creative skills to embrace this new world of work. So if we are going to predict the future, it's one in need of creativity; and it will be for our children to provide it. We need to support them to pursue creative subjects – art, music, drama, design and engineering – but also to encourage them to think creatively. It's very easy to predict a bright future for those with creative subjects behind them – plus a modern language or two.