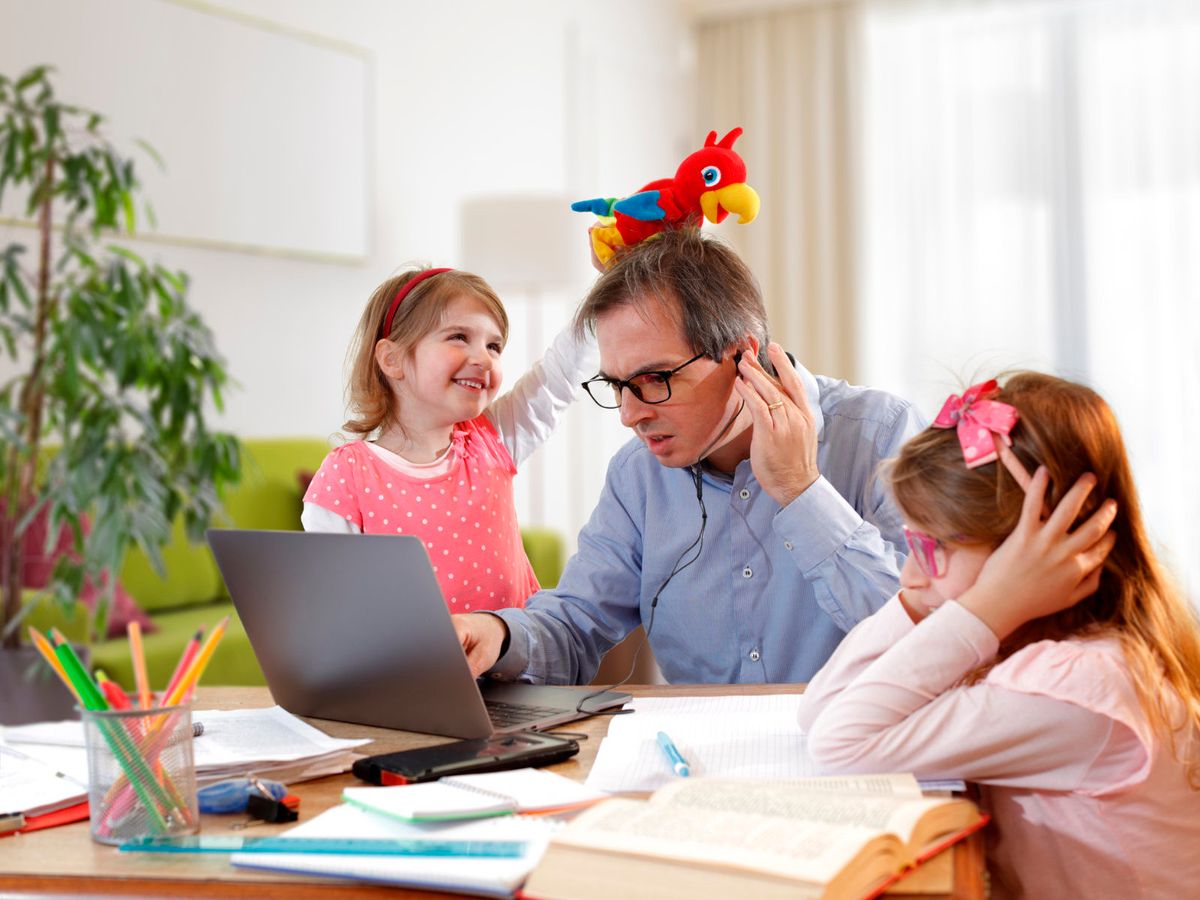 A sense of sameness

There is a growing sense that every day feels the same at the moment. It's an inevitable part of lockdown, but the impact on parents and children is considerable. In many ways, the return to remote learning has been easier – schools were better prepared and pupils have adapted to it more easily than last year. But it's not without considerable downsides – the lack of social contact, team activities and, crucially, a sense of variation. Are children getting 'zoomed out' from needing to be connected for such a long part of the day? Or are schools seeing other issues which are having an impact on the happiness of children?

"I think there's a general weariness," says Emma Hattersley, Head of Godolphin School in Salisbury. "I'm not sure it's necessarily screen time – I think it's broader than that... There's always a bit of a dip at this stage in the term, anyway. I'm sure they're all looking forward to half term. It's just different and, fundamentally, I think they miss the socialising; they miss their friends and that, I think, gets to them more than anything else. I think they're enjoying the lessons enormously. And that's the crucial thing – that we are keeping them engaged during the day."

Gareth Jones, Headmaster of St Andrew's Prep Eastbourne shares a similar view: "One of the things we've seen with the older children in particular – Year 8, I would say – is they are more self-conscious because they see all these faces staring at them. And I think that is using up nervous energy and, therefore, in the evenings they are tired... most of the children are enjoying it still, but the novelty has worn off slightly by this stage of the term."

For parents, seeing their children spend so long in front of the computer creates an uncomfortable situation. Prior to the pandemic, they were encouraged – often by schools – to limit their children's screen time. Remote learning has necessitated long hours in front of the screen but many children still get their relaxation through playing on devices. Should parents be worried?

"There's a real difference between active learning on screen versus the sort of screen time that we've all been against as schools," says Emma Hattersley. She draws the distinction between school learning and the passive scrolling with social media. "If people are tired at the end of the day from having had those engaging lessons, they're less inclined – with parental help – to then move on to doing three hours of scrolling on their phone. And it's getting that balance, particularly with the older students."

At Emma's school, Godolphin, they have had a Wellbeing Wednesday where everyone is completely 'off screen' including teachers. It's been very well received and supported by parents, who may also be juggling needing to work from home and ensuring their daughters remain engaged with school work. "We've given them plenty of notice and we have suggested that they sit down with their child to workout a structure for the day," says Emma. "And we have given them lots of suggestions of things to do. So that might mean that they're doing their music practice, or they're doing a puzzle, or they're doing their creative writing competition or they're thinking about some act of kindness or they're going to do some mindfulness... So we haven't had any push back. I think parents... understand what we're trying to do and are supportive of it."

Gareth Jones shares a similar view on screen time: "It comes down to a difference between purposeful screen time and recreational screen time. And I think it's getting parents to understand the balance that if it is purposeful – and it's learning remotely – then it's fine. If it's recreational, it needs to be more controlled. There needs to be some agreed boundaries and limits in place..." He also feels it is important that during lockdown parents take a broader view of time and not look at each day in isolation. "This is where parents don't need to panic. They need to view the week as a whole, not just focus in on just a specific day."

During the first lockdown, we had the benefit of warmer weather and more daylight and this, Gareth Jones suggests, is a significant difference between this lockdown and the last. "During the first lockdown the big difference was that it was the summer – people could get outside in the evenings, parents could let their children run around in the garden, just let off some steam. That's not possible at the moment and children enjoy doing recreational screen time. So there's nothing wrong with it, as long as there are limits and so long as there are boundaries..."

It is also very important that routines are preserved and parents help ensure children see a separation between school life and home life, despite both happening in the same space. "Parents should ensure pupils get themselves ready for each day properly, as if they were going off to school," suggests Gareth. "That doesn't mean school uniform. That just means getting up in good time, having a proper breakfast, maybe having a wash or a shower or whatever... I think some of the issues we see are when children are just not prepared – they don't want to be on screen because they haven't prepared themselves."

Lockdown is going to be with parents for some weeks yet so what is the answer to banish any feelings of Groundhog Day? "I think it's sitting down with your children, talking to them, perhaps giving them ownership of one or two evenings a week...," suggests Emma Hattersley. "Things that just shake up the week a little bit. Putting them in charge of the menu for the evening. Having a themed evening – just trying to mix it up a little bit."

"I think this lockdown, actually, in some ways – although it started smoothly – I think it's been harder for people," Gareth Jones concludes. The sense of sameness and not knowing how long it will last has an impact. "It's much more acute than it was last summer, I think."