Farleigh is a leading Catholic prep school for 3 to 13 year olds, which welcomes boarders and day children of all denominations and is set in the beautiful Test Valley of Hampshire.

Farleigh School is a leading co-educational IAPS Catholic boarding and day Prep School of 460 children, aged 3 to 13, situated in 70 acres of beautiful parkland in the Test Valley of Hampshire, close to the A303 (M3) and just over an hour from London.

Boarding and day pupils alike benefit from excellent pastoral care in a happy atmosphere, supported by a large number of resident staff. The School's Catholic ethos forms the foundation of the pastoral care surrounding the children, for which Farleigh is well known. Farleigh warmly welcomes children of all denominations and encourages them to explore life to the full, and to have a sense of wonder and curiosity about the world around them.

A wide range of clubs and activities are arranged after school and at weekends, giving boarders and day children a full and varied life. A resident catering team provides healthy homemade food, which is very popular with the children.

Please find out more about Farleigh at www.farleighschool.com 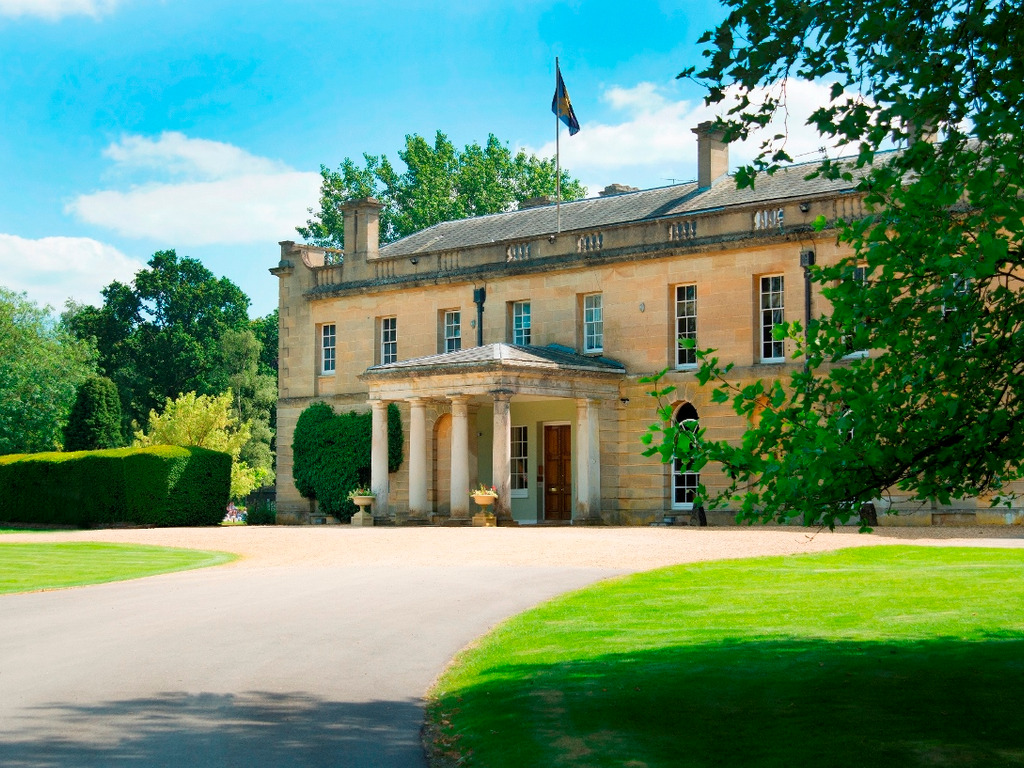 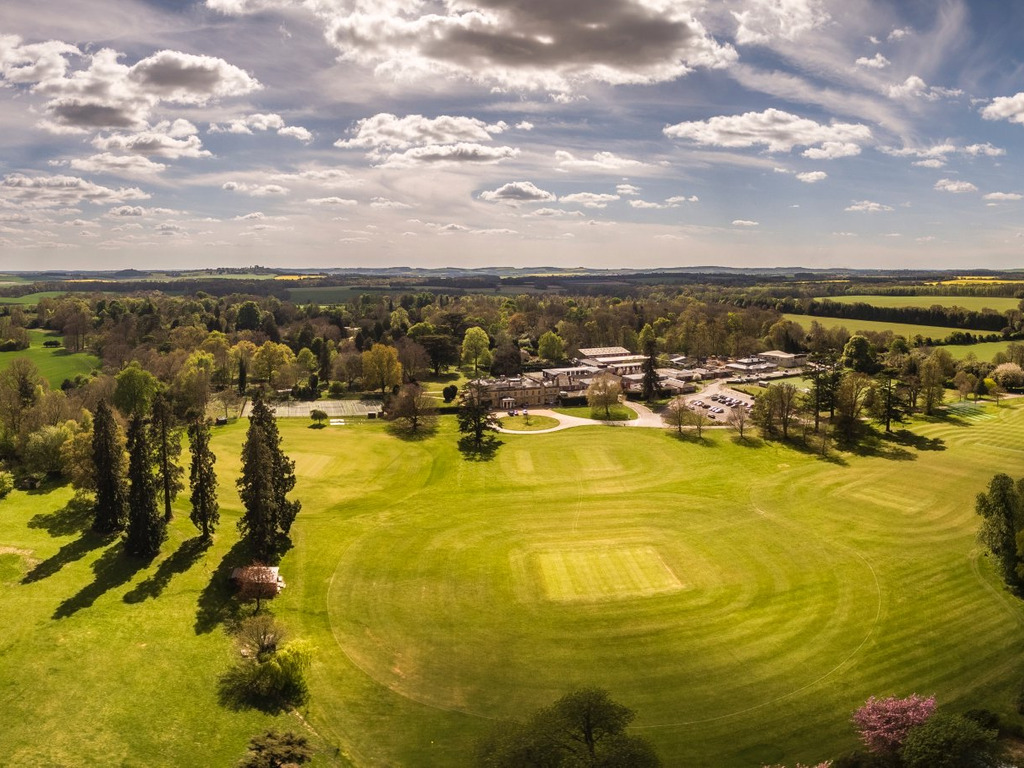 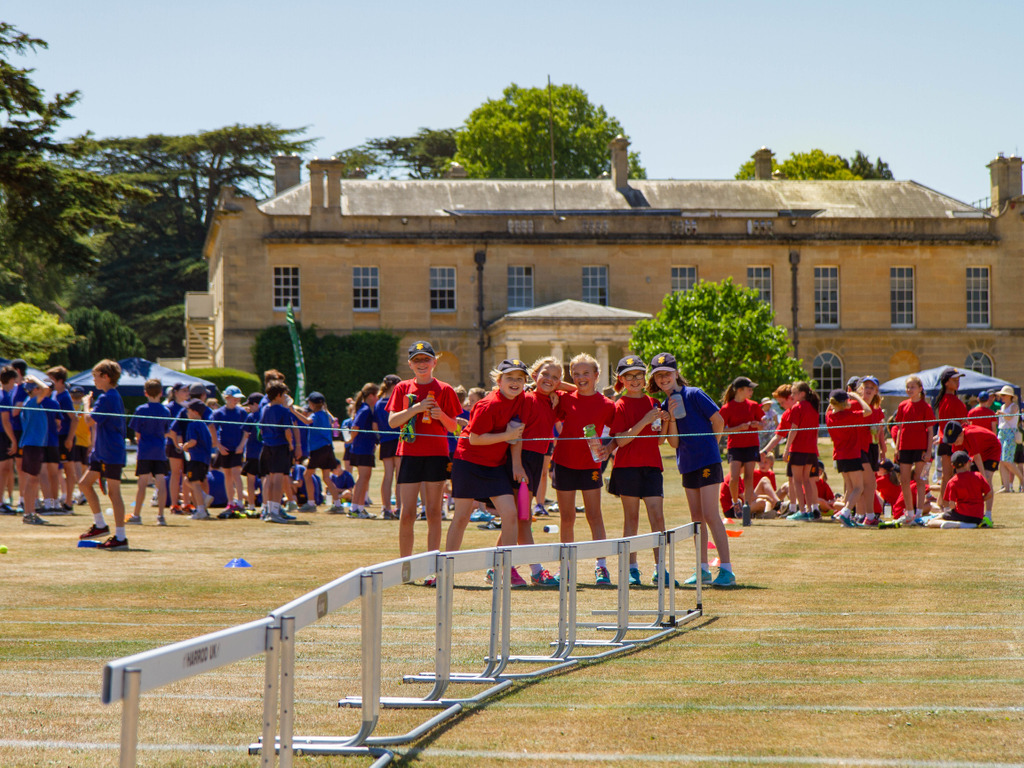 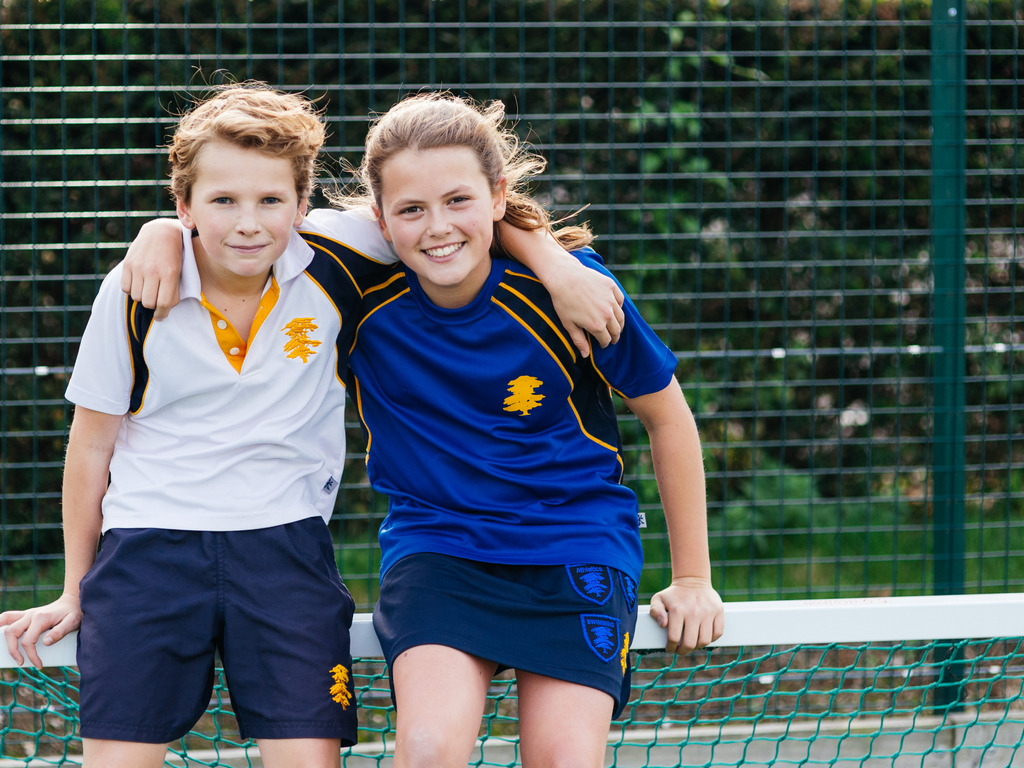 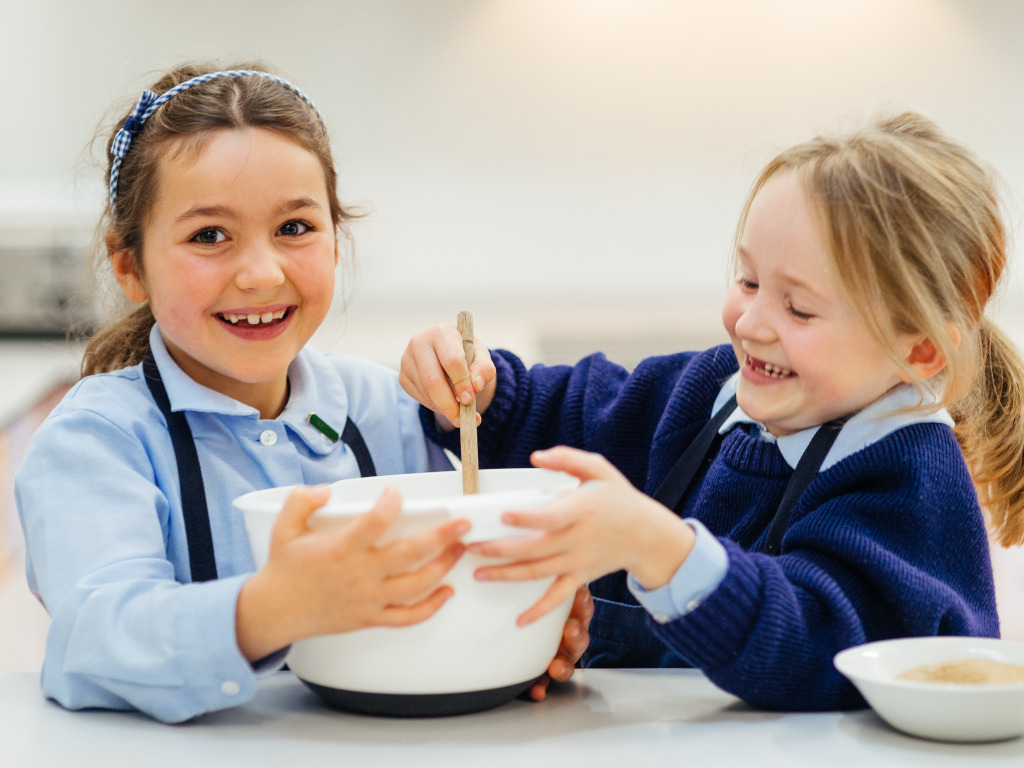 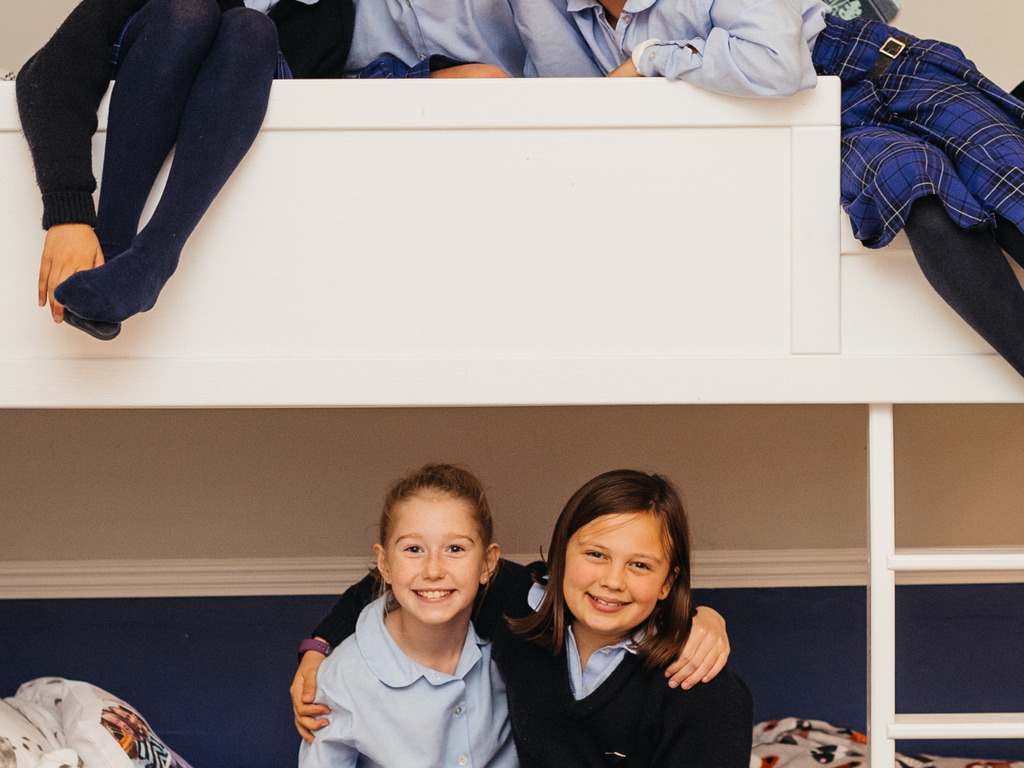 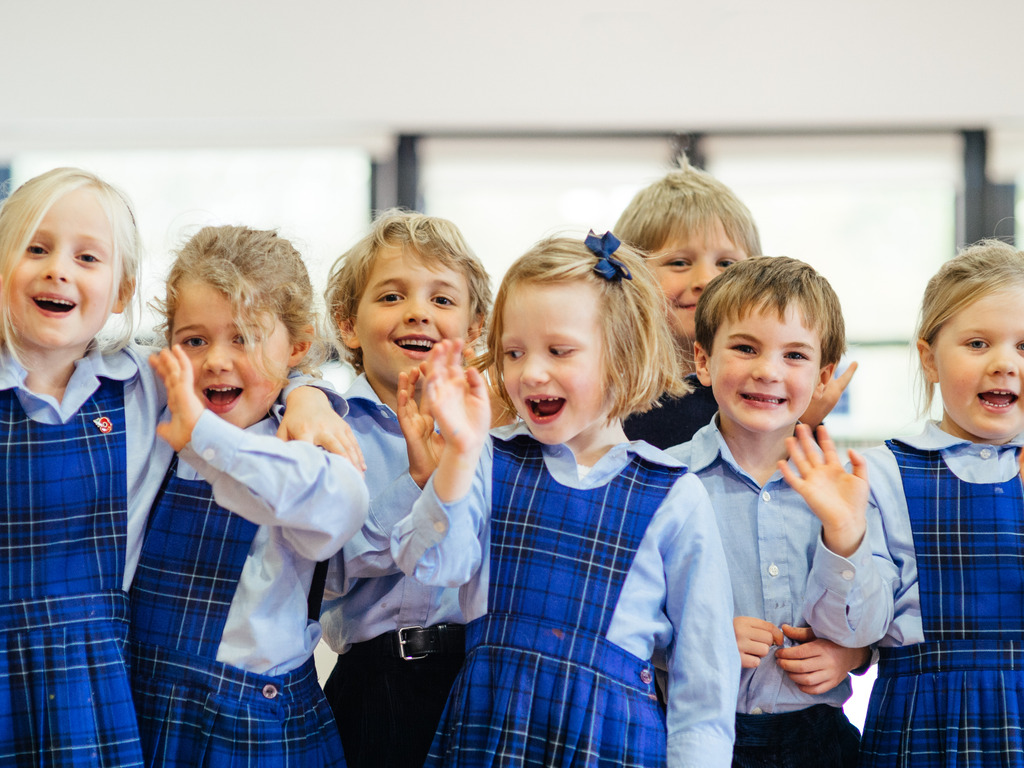 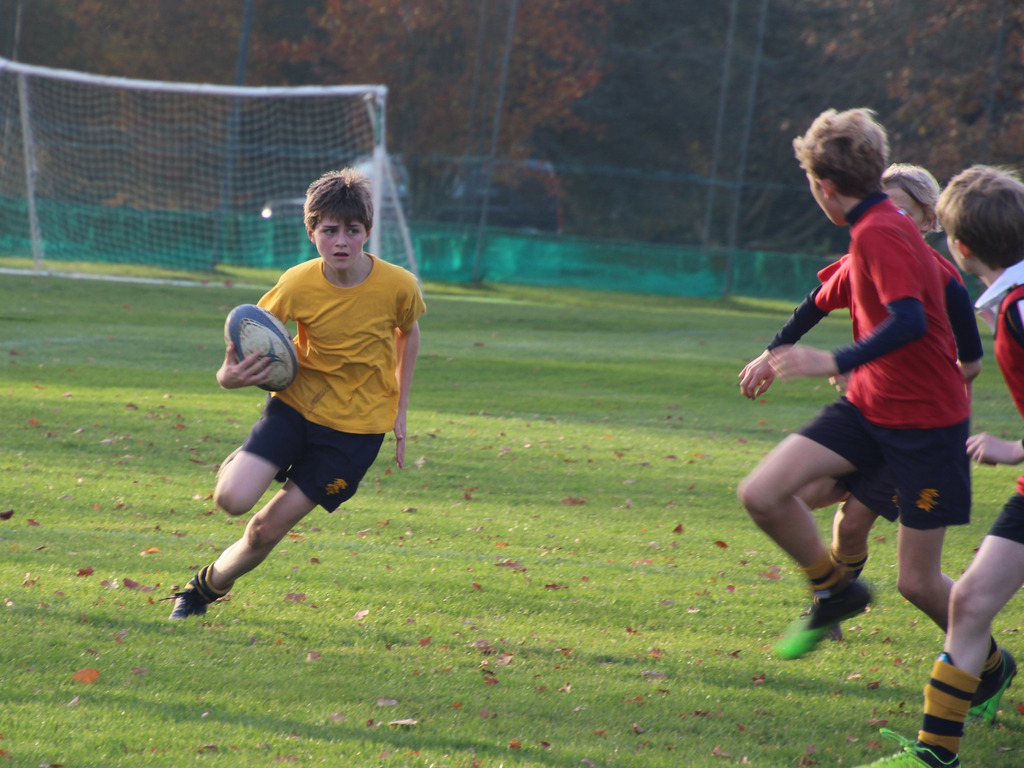 Farleigh Rocks it at JRock!

Farleigh Rocks it at JRock!

Farleigh School pupils, in Years 5 and 6, took part in the Junior Rock Challenge in Southampton. Their performance, based on William Golding's Lord of the Flies depicts their transformation from boarding school pupils into savage hunters.

2nd April 2019 — On Thursday 7th March, 46 children in Years 5 and 6 from Farleigh School travelled to the Guildhall in Southampton to take part in the Junior Rock Challenge, a performing arts competition for primary and junior, special needs and independent schools.

Farleigh’s routine, based on William Golding's Lord of the Flies, depicts their transformation from typical boarding school pupils into savage hunters, as they adapted to being stranded on a deserted island. During the eight minute performance, their fear of the unknown manifested into the imaginary 'beastie' and cracks soon started to form between them. With dramatic lighting created by Charlie in Year 6 and realistic stage makeup, the end product was truly haunting.

The event was a resounding success and audiences were astounded by the standard of performances. Farleigh's time on the stage was no exception and the children were delighted to have their hard work acknowledged by the panel of expert judges, receiving awards for excellence in the following areas: Drama, Performance Skill, Choreography, Concept, Soundtrack and Entertainment. Most impressively, Farleigh's routine also won the Performers’ Choice Award, as voted for by the other competing schools.

Kevin Hession, Head of Drama says: “Our pupils performed with impressive amounts of maturity and intensity. They tackled a complex and multi-layered range of emotions throughout the piece, demonstrating how hard they had worked to take on board the advice and notes given to improve their portrayal of the characters. The pupils' approach to the project was phenomenal from start to finish and they should feel incredibly proud of their achievements.”

Farleigh School's Festival of The Arts

Farleigh School's Festival of The Arts

12th July 2018 — This was a week celebrating the richness and diversity in Farleigh’s arts provision, but first and foremost it was about enjoying the children’s talents and allowing them to express themselves.

Pupils took part in 25 different events, drama featured heavily on the agenda with every child in Years 3 to 7 performing. Year 3’s Drama Showcase was based on Roald Dahl’s The Twits, Year 4 performed short plays by Julia Donaldson and Year 5’s presentation centred on the forthcoming centenary of the end of WW1. A real highlight was Year 6’s annual musical: Drewe and Stiles’ adaptation of J. M. Barrie’s Peter Pan.

There were numerous Spoken Word events including a Poetry Slam featuring the children’s own compositions, a Public Speaking Showcase and, as the 55th anniversary of Martin Luther King Jr’s inspiration ‘I have a dream’ speech draws near, Year 7 presented a fascinating insight into the world of Civil Rights.

The highlight of the Art Department’s contribution was undoubtedly the Art Scholars’ Exhibition; a stunning display of talent. That wasn’t it, however, as the whole school was involved in the emerging mural depicting the Georgian house in various lighting conditions.

The Recital Hall, in the new Music School, featured performances from soloists and small groups and hosted a ballet performance. A street piano was installed in the courtyard for children to decorate and play upon much to the chagrin of those staff working in the vicinity! The week culminated in the biggest outdoor performance of the year as the Music Department’s 20+ ensembles came together to perform in the annual Summer Soirée.

The most ‘hotly’ contested event took place in the Food Technology Room where 15 semi-finalists battled it out to see who would make the final of The Great Farleigh Bake Off. The talent on display was quite astonishing, the winner demonstrating consistently excellent baking in all three rounds.

Director of Music, Marcus Reeves sums up the week: “A huge round of applause should be given to the 345 children whose creativity, imagination, flair and brilliance resulted in so many memorable and enjoyable performances.”

The U12A netball team were recently crowned IAPS National Champions; the U13A rugby team completed their season with an unbeaten record over five years and 55 matches; and the U13B team also has an unbeaten record for the past three years.

27th March 2018 — Farleigh School pupils have achieved some outstanding sports results in recent weeks. The girls in the U12A netball team were recently crowned IAPS National Champions; the boys in the U13A rugby team completed their season with an unbeaten record over five years and 55 matches at Farleigh; and the U13B rugby team also has an unbeaten record for the past three years – an outstanding achievement by any standard.

At the IAPS National Netball Finals in Basildon, Essex, the girls played superb netball, playing six matches at the group stage, winning four, drawing one and losing one, to the team they would meet again in the final. And what a tense final against Heath Mount (Hertfordshire) it was: after full time the score was 4-4; after extra time it was 5-5; and it was the golden goal decider that gave Farleigh the win, 6-5. The excitement of being awarded their gold medals and lifting the winners’ shield was a moment that they, and their coach Miss Hopkins, will not forget in a hurry! Miss Hopkins commented, “the girls attacked incredibly well, but their defending was exceptional. Our mantra for the day was defend hard and fast, attack slow and steady and they definitely did this; all their hard work and perseverance throughout the entire season paid off, I’m delighted for them all.”

This term also marks the end of an era  for Farleigh’s U13A rugby team, who have remained unbeaten since competitive matches started in Year 4, and the U13B team who have remained unbeaten since Year 6. Director of Sport, Graeme Ellison, comments: “This is an amazing achievement; not only have they shown an irrepressible determination to improve every year, but it is their willingness to work for each other that makes them stand out. We are very proud of them all.”

Sport at Farleigh is for everyone, and all pupils play regular competitive sport against other schools, irrespective of ability, and enter tournaments at all levels. In order to achieve this, Farleigh have focussed on the fixture list and invested in quality staff so that all pupils receive excellent, specialist coaching; and every child from Reception to Year 8 is taught PE by a fully qualified PE teacher. www.farleighschool.com.

Getting to Grips with Geography

Getting to Grips with Geography

Swimmers, wellies and hiking boots are high priorities on the kit list for the annual Year 8 Geography field trip, where the expression 'hands-on learning' is taken to the extreme.

2nd November 2017 — GETTING TO GRIPS WITH GEOGRAPHY
Swimmers, wellies and hiking boots are high priorities on the kit list for the annual Year 8 Geography field trip, where the expression 'hands-on learning' is taken to the extreme.

The accompanying Farleigh staff are always amazed at the enthusiasm with which, after analysing the effects of coastal erosion, the Year 8s quite happily experience longshore drift at Dawlish Warren in late October, although we hear that the sea temperature is not that cold, apparently! When investigating river sources, the River Lemon and its infamous 'bog' is the gloriously muddy highlight, where the question of whether wellies are of any use at all is a recurring one!

In the morning, the children took part in a workshop which involved various debating and public speaking activities, followed by the debate which took place after lunch. The teams, comprised of pupils from each of the schools, debated the motion "This House believes the Arts are more important than the Sciences". Max and Freddie spoke for Farleigh, for the proposition and opposition respectively. Both spoke with eloquence, self-assurance and composure, delivering their arguments very persuasively, with Freddie being Highly Commended.

Thank you to annaprideaux.com for the photograph.

From making kites and designing pirate swords in the Pre-Prep to the inspired pieces showcased by the Year 8 scholars, the DT department is a place where creativity runs wild - with some truly outstanding results.

9th October 2017 — From making kites (and flying them), making rockets (and firing them) and designing pirate swords in the Pre-Prep, making Egyptian funeral masks in Year 3, creating clocks in Year 5, light painting with Year 6, inventing board games in Year 7 and designing deckchairs in Year 8; to the inspired pieces showcased by the Year 8 scholars, the DT department is a place where creativity runs wild - with some truly outstanding results.

The project for Year 4 last term was to design a pencil case using an imaginary brief from the stationery creators, Smiggle. The designs so impressed the company that they sent all Year 4 pupils an array of Smiggle goodies – all thanks to the power of twitter and #farleighdesigntechnology! Head of DT, Mr Tween, who tweeted the designs, says, "As I was so impressed with the originality of the pencil case designs, I thought Smiggle might be too. We were hoping for a simple 'retweet', so to receive gifts for every child in Year 4, now Year 5, was a wonderful surprise. Thank you Smiggle. Our pupils will never forget you!"

Mrs Sarah O'Rorke, Registrar, handles lists of prospective pupils. When you contact Farleigh, you are welcome to make an appointment to tour the school, meet the Headmaster and some of our pupils.

Your child is registered upon receipt of a completed entry form and the registration fee of £50 per child. Registered names are added to the list in accordance with the Admissions Policy, which gives preference to practising Catholics, boarders and siblings, as well as children whose family members have previously attended the school.

Admission is at the discretion of the Headmaster. With the offer of a place, parents are sent the parent/school contract, which sets out the expectations of the school, the child and the parents in what we hope will be a lasting partnership.