Dumpton School is an Ofsted 'Outstanding' and ISI 'Excellent' co-educational Pre-Prep and Prep School for boys and girls aged 2 to 13, set in the heart of the Dorset countryside.

Dumpton is a happy school with purposeful pupils and committed, approachable staff. This is a powerful combination which lies at the heart of the ‘special atmosphere’ often referred to by first-time visitors. The beautiful location and excellent facilities play their part, but it is the quality of relationships throughout the school that creates such an enriching and fulfilling environment for children, staff and parents alike.

Described by the Good Schools Guide as 'the perfect size; small enough to have a real family atmosphere and big enough to have proper teams, plays and music. We can't fault it!’

Choosing the right school for your child is a major decision, so please take the time to visit us and experience for yourself the friendly family atmosphere here at Dumpton. We can certainly promise you a very warm welcome. 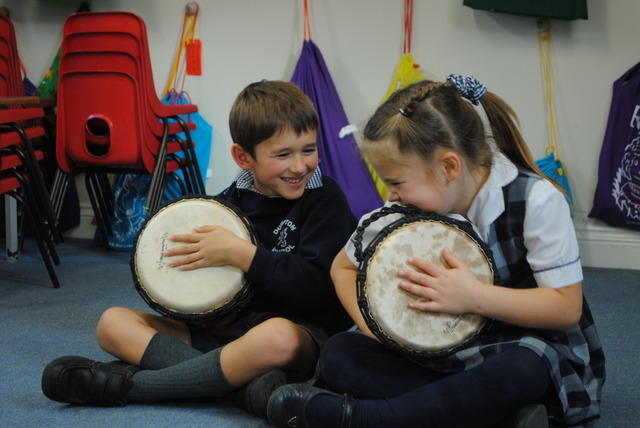 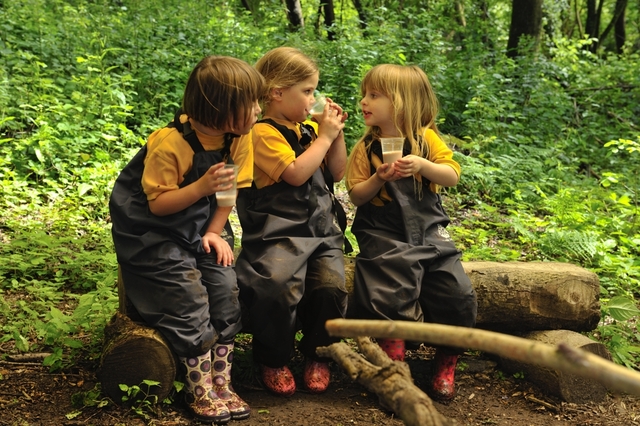 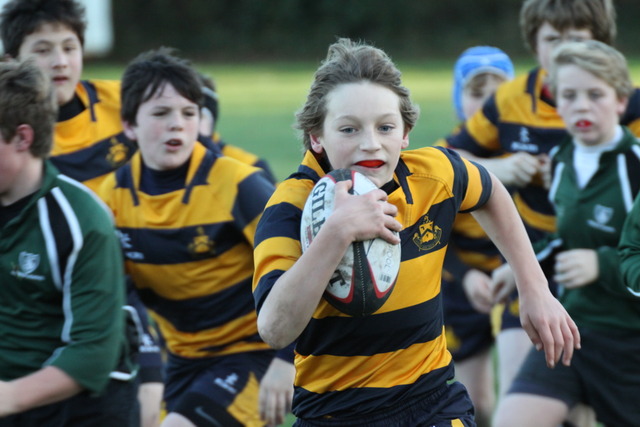 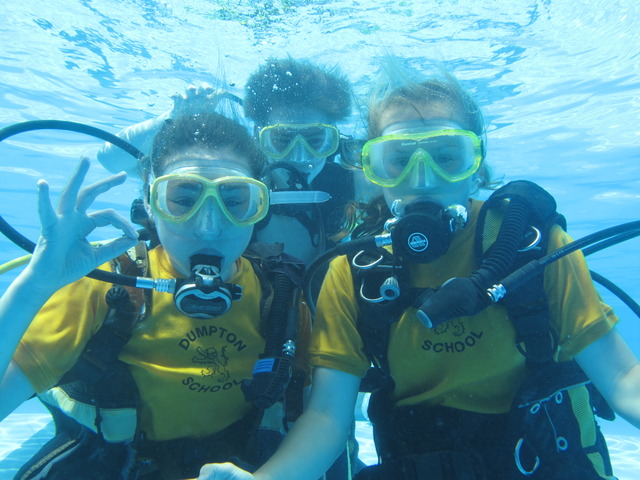 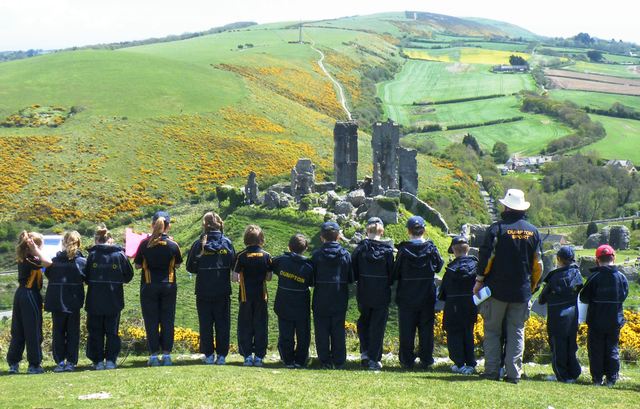 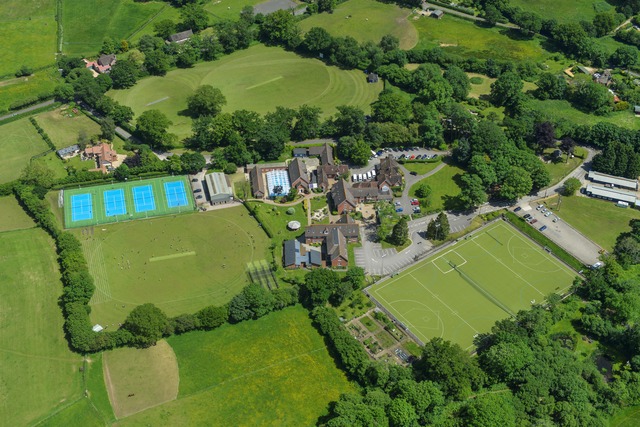 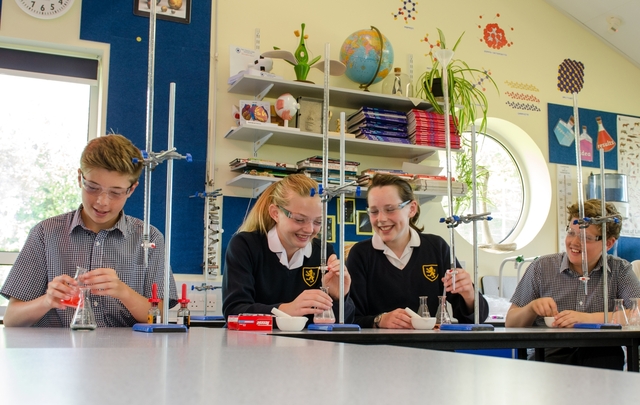 During the past year, staff and pupils at Dumpton have been working towards the Eco-Schools inspection, and with excellent results.

5th February 2020 — Eco-Schools is a global programme engaging millions of children across 64 countries, making it the largest schools programme in the world. For more than 20 years Eco-Schools has been empowering children to drive change and improve both their environmental awareness and school environment. The Eco-Schools movement awards bronze, silver and gold awards (and the prestigious Green Flag) to schools based on a seven-step process, observing a strict set of criteria. Green Flag renewals must then be formally applied for every two years, with new initiatives clearly outlined and supported.

Over the past years, pupils at Dumpton have undertaken a huge range of projects, including forming their own Eco-Committee, Tree planting, Paper Police, Switch-Off Fortnight, Fairtrade Week, Bee-keeping, Biodiesel production and all the wonderful growing projects on the allotments. Thanks to all this hard work under the watchful eye of Mrs Cox, a recent inspection from the Eco-Schools team has seen Dumpton awarded its fourth consecutive Green Flag – an amazing achievement, of which the school is rightly proud.

The new Sports Hall, to be opened in July 2019 will provide excellent facilities for the pupils at Dumpton.

24th June 2019 — Dumpton School, Wimborne is delighted to announce the opening of their new Sports Hall in July 2019. The build has taken just over 14 months and has been completed in time for the new academic year.

The facility provides a full-size netball and tennis court, along with an indoor hockey pitch, a 5-aside football pitch and three cricket lanes. As well as the sports facilities, the Sports Hall will be in use each day for PE lessons for all ages throughout the school including Nursery children. The new Sports Hall is situated on the same site as the previous building but now accommodates changing rooms, a viewing gallery over the outdoor tennis courts and sports pitches as well as providing two new classrooms overlooking the top field.

The new facility will be named the ‘Browning Hall’. It will be officially opened by Andrew and Jo Browning in July following Dumpton’s Speech Day and Prize Giving before they step down after 14 years of leadership at the school.

Congratulations to Dumpton’s senior leavers this year - they have achieved an outstanding 30 scholarships to local senior schools for next September!

5th June 2019 — Congratulations to Dumpton’s senior leavers this year - they have achieved an outstanding 30 scholarships to local senior schools for next September! These include academic, art, sports and music scholarships – and a number of all-rounder awards recognising an array of talents including drama, music, art and sport. These pupils will be heading to a range of different schools, with scholarships shared as follows: Canford (5), Bryanston (2), Clayesmore (3), Bournemouth Collegiate School (5), Millfield (6), Milton Abbey (2) and Talbot Heath (7).

Headmaster Andrew Browning said: 'Once again we are delighted to see all the hard work of the pupils and teachers paying dividends and they should all be quietly proud of their achievements. They are an excellent advert for the school motto “You can because you think you can.” Very well done to all.’

The Governors are delighted to announce the appointment of Christian Saenger as the new Head of Dumpton from September 2019. Christian is currently Deputy Head Academic at York House School in Hertfordshire.

26th April 2019 — The Governors are delighted to announce the appointment of Christian Saenger as the new Head of Dumpton from September 2019. Christian is currently Deputy Head Academic at York House School in Hertfordshire.

During his time at York House, Christian has had an impressive impact. Both his Growth Mindset initiative for pupils and his forward-thinking approach to staff development received recognition from IAPS and have been shared as best practice across the Prep School sector. Christian has also seen through the development of ‘The York House Way’, a set of child-centred educational outcomes which act as a vision for the future development of the School’s academic, pastoral and co-curricular programme. In addition to this, Christian will bring his considerable experience of successfully transferring pupils to Senior Schools.

Christian was previously Head of English at Bedford Prep School before moving to York House in 2013. Educated at Bedford School, where he played both first-team cricket and hockey, Christian then went on to read English at University College London, where he captained the College Hockey 1st XI and played an active part in the Drama Society. Christian remains a keen sportsman and also enjoys cooking, reading and hiking. His wife, Hattie, grew up in a Devon Prep School run by her family and works in the HR Department at The Hall School, Hampstead. When not looking after their young daughter, Ottilie, Hattie also works with new parents offering support and advice on infant sleep.

Of his appointment, Christian said: “I am both delighted and honoured to have been appointed as the next Head of Dumpton, and look forward to building on the outstanding leadership of Andrew Browning. Hattie and I have already been struck by the warmth and positivity of the Dumpton community. We very much look forward to getting to know all the pupils, parents and staff over the months and years ahead.”

U13 National Football Champions - a first for Dumpton School!

26th November 2018 — Many congratulations to the Year 8 girls who won the IAPS U13 National Football Championships at Taunton on in October. Having won 4-0 away at Durlston Court the week before, they remained unbeaten on the day against teams from Danes Hill (4-0), King’s Hall (3-0) and Millfield (1-1) to end up overall winners and National Champions – an amazing achievement! Very well done girls!

Dumpton School, having won the prize for Dorset, won the award for the South West at the Bath and West Show in June

18th June 2018 — This year Dumpton School, Wimborne has won the prestigious South West of England Environmental Youth Award, having already won the Dorset prize.  Children from six schools, all county winners from Cornwall, Devon, Dorset, Gloucestershire, Somerset and Wiltshire, gathered together at the Royal Bath and West Show on Friday 1 June to await the final result.

The committee of judges were particularly impressed by the Dumpton pupils working independently on the extensive school allotments, along with a wide range of eco-schemes around the school.

Headmaster, Andrew Browning said: 'I am delighted that so many pupils have been involved with the various eco-projects. They have built an impressive environmental awareness, and it is lovely that all their hard work has been recognised in this way.'

Please contact the Headmaster's PA to arrange a personal visit to the school.  In addition, registration forms and further information are available on our website www.dumpton.com