Churcher’s College is one of the most accomplished independent, co-educational day schools in the country. Set in the heart of the impressive South Downs National Park, around 950 pupils in the Senior School and Sixth Form at Petersfield and 250 in the Junior School and Nursery in nearby Liphook enjoy spacious, semi-rural vistas with their own on-site playing fields and facilities, providing the comfort and opportunities of such an open, healthy environment. 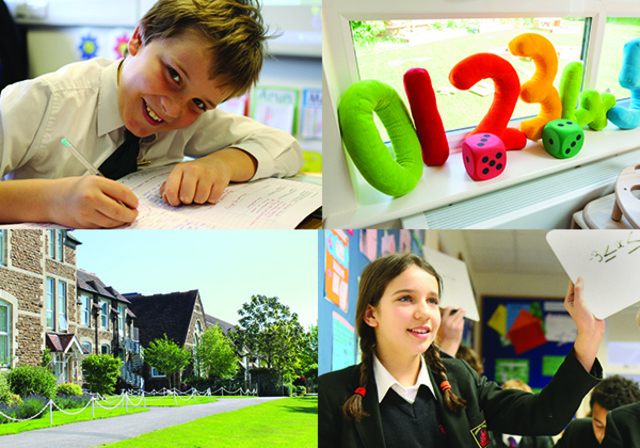 There are a range of awards available to pupils of Churcher’s College, awarded on the bases of both scholarly excellence and means-testing.

Scholarships are competitive awards based on overall academic performance.

They are generally awarded at age levels 11+, 13+ and 16+. At 11+ they are awarded on the basis of the entrance examination; there is no separate Scholarship paper. At 13+, awards are based on 13+ entrance assessment for external candidates, or achievement over the preceding two years for internal candidates. At 16+, for both internal and external candidates, it is based on predicted GCSE results, normally requiring at least seven A star grades, a written assessment and an interview.

Exhibitions are awarded at 16+ to individuals who have strong academic performance, but in addition have achieved an exceptional level in an activity outside the classroom such as national level representation.

A follow-up on Fifth Year Ben Hegan's hockey journey, with a report on his international debut.

5th May 2022 — We reported recently on Fifth Year Ben Hegan’s selection in the U16 England hockey squad; he has since travelled to sunny Zwolle in The Netherland for a first taste of international hockey.

The boys had four tough games in four days over the Easter weekend and gained valuable experience on their international journey, starting with a 6-3 loss to The Netherlands in which Ben scored.

England U16 Boys Head Coach Jimmy Culnane commented, “The boys needed to learn about the international game... Real lessons have been learnt and they are showing exciting signs of progression. We can now implement these lessons over the coming camps, before an exciting summer ahead.”

Churcher’s Head of Hockey Toby Blong said, “We are all so proud of Ben's development throughout his time at Churcher's College. Playing for your country is one of the highlights of a player's career and I am delighted that Ben's endeavour has been recognised with his first junior international cap.”

A roundup of how the Churcher's College teams got on at this year's Devizes to Westminster Canoe Race.

5th May 2022 — 2022 has proved a record year for Churcher’s College at this year’s Devizes to Westminster International Canoe Marathon (DW).

Jamie S. and Henry P. were the fifth fastest Junior Double but by far the biggest result was 15 teams out and 15 back safely.

Andy Rowley, Head of Adventurous Activities at Churcher’s College, said: "What a squad we have this year – a phenomenal set of paddlers and supporters! The young ladies and gentlemen paddlers have made me immensely proud and happy. Watching them persevere and grow, from capsize chaos in October to portage hell in November and chilly paddles in January; before the nerve-wracking build up races and then the main event itself. The whole journey has been absolutely amazing throughout.

"I believe that DW 2022 will remain a treasured memory for these 30 heroes as one of their greatest challenges, and learning moments, for many a year to come."

Mr Rowley also congratulated and thanked the coaches, parents and support crew for their invaluable energy, team spirit, enthusiasm, commitment and which played a very special part in the squads' success.

Vince Cable was the latest speaker to partake in the Churcher's College Academic Lecture Series.

11th April 2022 — In March we were privileged to receive a lecture from Sir Vince Cable entitled “Money and Power”.

It was a fascinating evening, with Sir Vince discussing the world’s most influential political leaders’ impact on economics, before taking some fantastic questions from Churcher’s students and the rest of the audience. Sir Vince was also kind enough to meet with sixth form Politics students in the Garden Room, to discuss his thoughts on the major issues of the day and to give advice to those interested in a political career of their own.

The event, in conjunction with One Tree Books, with whom there was a book signing afterwards, was able to raise a substantial sum for the charity Off the Record, a young people’s mental health charity in Twickenham, as well as sending Sir Vince on his way with a bottle of Churcher’s own Tercentenary fizz.

Third Year Jack Clemens is proud to have captained his first two hockey matches for Hampshire.

Churcher's College is celebrating its 300th anniversary by planting a brand new wood in Petersfield, Hampshire.

8th February 2022 — To commemorate the 300th anniversary of Churcher’s College, events and initiatives are taking place throughout the year as we recognise and celebrate the contribution that past generations and our current community have made to enable us to be where we are today.

One key initiative is the planting of Tercentenary Wood for Petersfield, delivering action in the face of the climate crisis our planet finds itself in as well a public space for the whole Petersfield community to enjoy. The planting of Tercentenary Wood will also offer every pupil and staff member an opportunity to mark another significant anniversary this year, the Platinum Jubilee, which is encouraging us all to plant a tree to mark 70 years of service from Her Majesty The Queen to the people of the United Kingdom.

Planting will take place across three days on the 8, 9, and 10 February at Penns Place in Petersfield. Once complete, there will be 1500 trees planted of 15 different varieties, all native to the UK. We will have 1242 pupils planting a tree, along with staff, the School Governors and local community members who have helped enable this project to take place.

As part of our tree planting efforts, we are asking all pupils to decorate a non-bleached, bio-degradable coffee filter with ‘a message of hope’ for our planet which they can plant next to their tree!

Jack Scores Try in First Game for U18 Harlequins

Jack Scores Try in First Game for U18 Harlequins

Churcher's pupil Jack Thomas had a successful first game of rugby playing for the Harlequins U18s against Exeter Chiefs.

In his first game for the Harlequins U18s on 15 January, Churcher’s student Jack Thomas, scored a try against Exeter Chiefs which contributed to the Harlequins winning score of 29 – 24. Harlequins are playing in an U18 Premiership league and they have now won 4 out of 4 so far against Exeter, London Irish, Gloucester and Bath.

This is the latest in a growing catalogue of rugby success stories for Jack who usually plays for the U17s Harlequins, where in the game versus Gloucester he was co-captain playing fly half, a match which saw the Harlequins win 35 - 10 and Jack kicked 5 from 5 of his conversions. Other rugby achievements include winning the Surrey Cup with Guildford RFC in 2019 and making the Harlequins U17/18 Player Development Group last year. Jack has been part of the Harlequins Developing Player Programme (DPP) for several years.

Jack has represented Churcher's every season since joining the Senior School at 11 and each year his team have done very well; he currently plays for the Churcher’s First XV.

Jack explains: "I have really enjoyed playing with my teammates at school this year and Harlequins has been a bonus. Harlequins give great support to help balance school, rugby and studies and I am really enjoying the experience."

Shane Thomas, Jack’s father, adds: “Jack started playing rugby at six years old playing for Guildford Rugby Minis. He has enjoyed school life since day one, studying hard but loving all sport activity at Churcher's and has always had all the support he could ever have wished for with rugby. He is keen to do well but takes each game as it comes, he loves playing with his club and school teammates.”

We wish Jack continued success with his rugby career!

We are thrilled that you are exploring Churcher’s College as a possible option for your son or daughter.

There’s no better way to ensure that Churcher’s is the right school for your child than meeting our current students and finding out what makes our school such an inspiring, exciting and vibrant environment. Explore us virtually here.

Once you’ve decided that Churcher’s is the best place for your child, we can start the admissions process. Whether your child is joining the Nursery at age 3 or thinking about entering the