Alleyn Court prep School was founded in 1904 by Theodore Wilcox with assistance from his Uncle, the author Lewis Carol, and continuously owned and managed by his direct descendants until 2015, when the family generously gifted the school to a Charitable Trust.  The school is set in 14 acres of woodland and playing fields and housed in buildings that nestle around the Tudor walled garden.

The Headmaster is a member of both IAPS & ISA.

Alleyn Court Prep School educates children from 2 ½ to 11Yrs old.  The school is 2-form entry with a maximum of 20 children in a class. It is non-selective school with an excellent record for academic, artistic, dramatic and sporting success. Quality of teaching, small class sizes and subject specialist teaching all impact on the successful education of children.  Subject specialist teaching starting with French and Music in the Pre-Prep, increases through the Lower School, so that by Yr5 the school operates much like a secondary school, making good use of the school’s specialist resources and 14-acre site. This systematic approach ensures children leave the school well prepared to thrive in Yr7. The co-curricular activities programme offers children considerable opportunity to develop their creative, physical and academic skills and interests, extending the day. Pastoral care runs deep and children enjoy the opportunity to experience a thrilling childhood and an excellent education having had the support required to ensure they have developed strong, well-balanced characters capable of tackling challenging opportunities in their future lives. 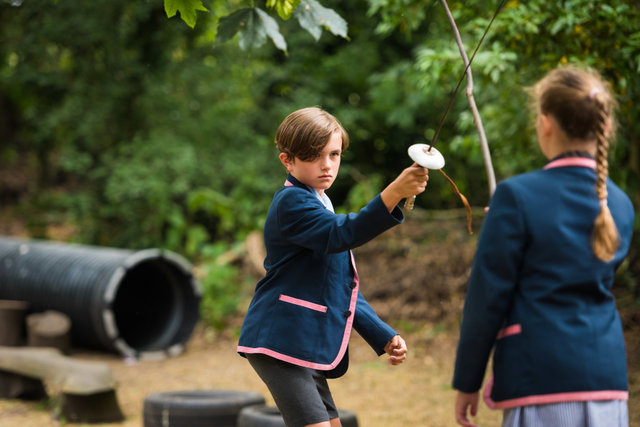 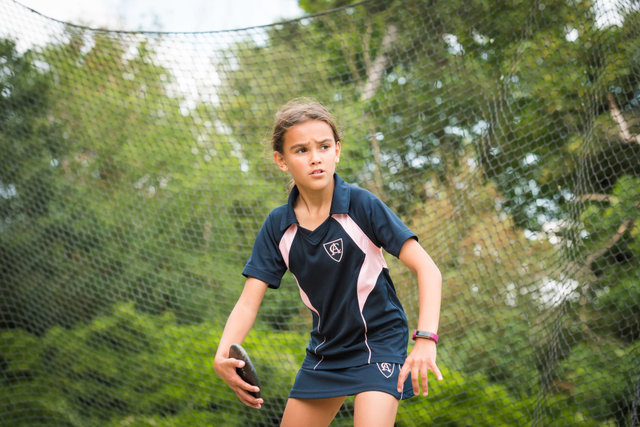 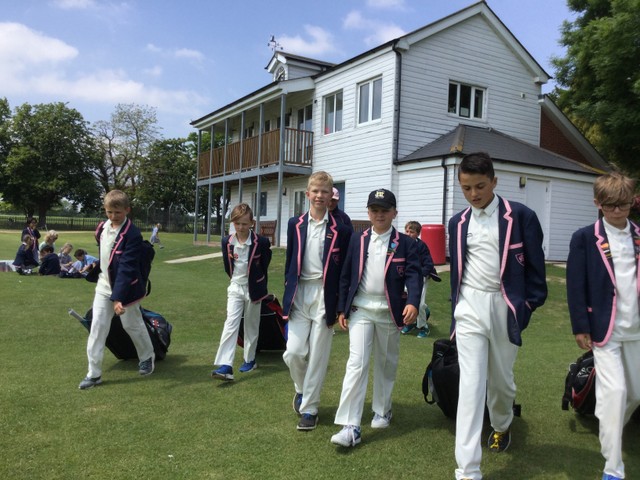 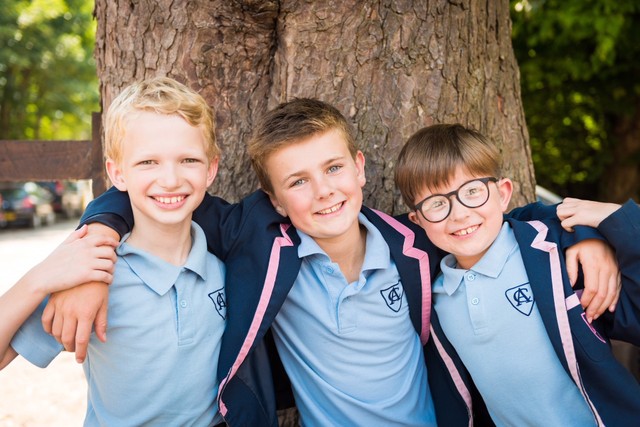 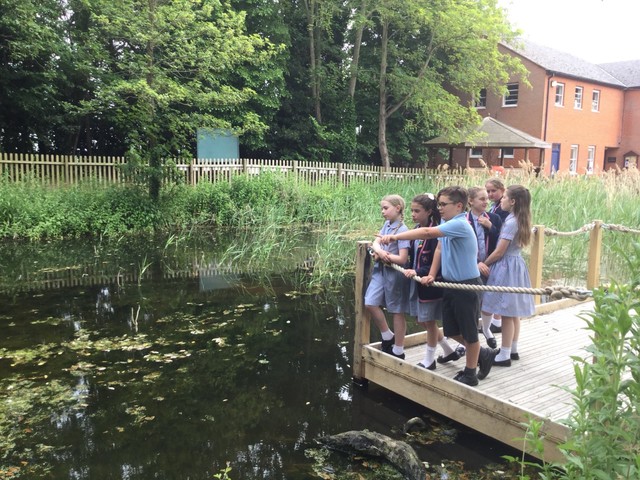 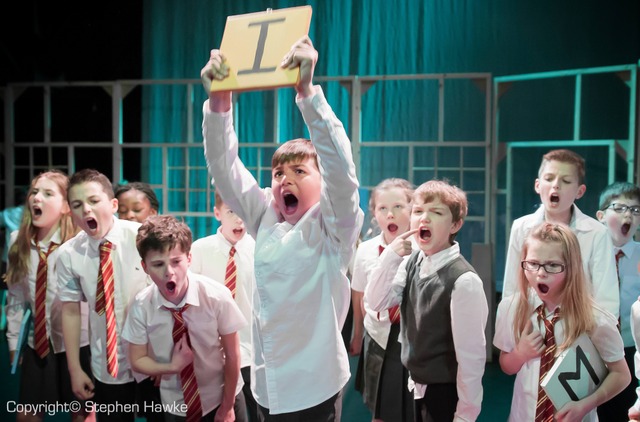 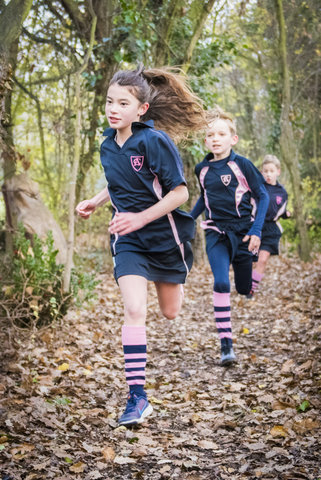 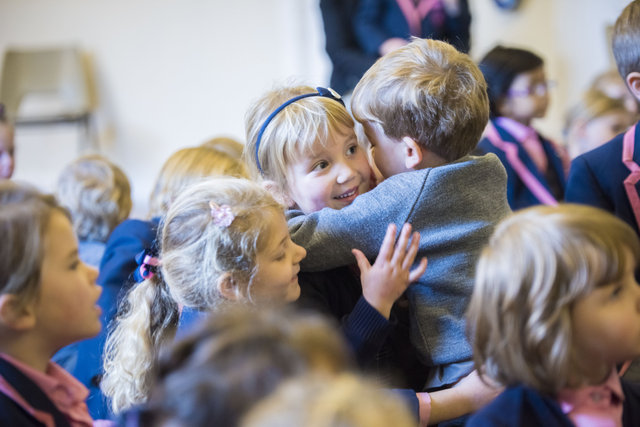 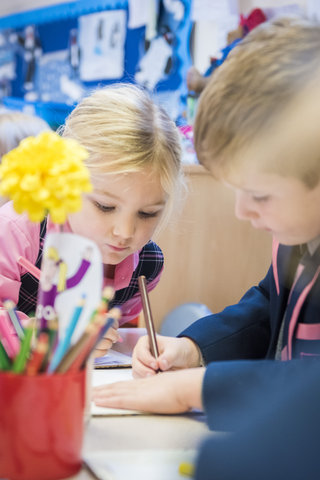 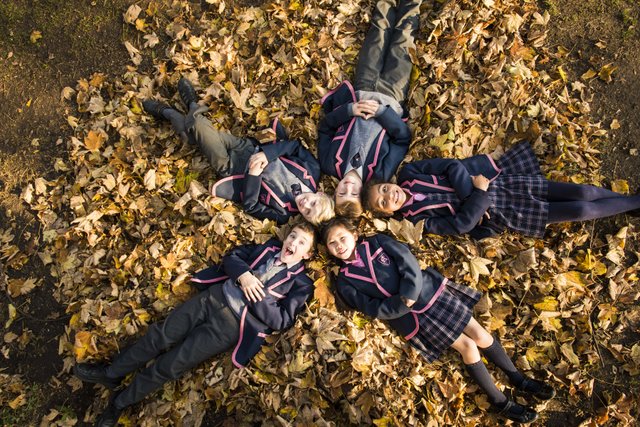 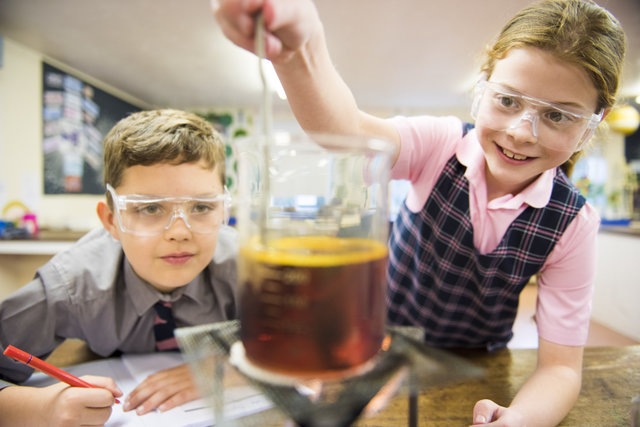 The school offers applicants to the school the opportunity to sit for academic scholarships once a year in May, from Yr1. Scholarships do not automatically come with financial reward but do allow successful candidates to apply for our Bursary Scheme.  This is externally assessed, and the school will make an offer following the assessment (this will depend on the amount of children on bursaries in the year-group/school at the time).  The Trustees look to dedicate approx. £200,000 a year on bursaries.

We are extremely proud of Ellie Wilcox (Year 6) for landing her first West End role as Marcy in School of Rock. Ellie was the lead role in our school production of Matilda last year.

30th October 2017 — We are extremely proud of Ellie Wilcox (Year 6) for landing her first West End role as Marcy in School of Rock. Ellie was the lead role in our school production of Matilda last year.

She has enjoyed all the rehearsals and her first few weeks of performing. A large group of staff have already been to see Ellie in the show and were blown away with every aspect of it, especially our very own Ellie's performance.

If you get the chance, we would all thoroughly recommend it.

The Science Club at Alleyn Court Preparatory School recently met with Dr Bunbury of Cambridge University to investigate if the River Shoe would have been large enough to transport stone from Kent.

5th July 2016 — On Wednesday 22nd June the Science Club met with Dr Bunbury (Cambridge University), some University students and academics, to investigate if the River Shoe would have been large enough to transport stone from Kent that was used to build St Mary’s Church, North Shoebury. The Church was built in the 13th Century.

After arriving at the church, the Science Club members were set the task of finding evidence that Roman tiles had been used in the building. Their keen eyes soon spotted the red tiles in a variety of places, at different heights on the church wall. They also noticed a range of different building materials had been used including flints, red-sandstone and limestones Evidence was found indicating some of the blocks used could have been from recycled material such as the base of a previous statue.

Following the observations of the church walls the Science Club members helped make a bore hole, in the Church car park, which took soil samples at different depths. It was very hard work but exciting to see how the soil changed as we went further into the ground. The soil started quite dark and after 80cm became a lighter orange colour with more sand. We were told these soil samples could show the area was part of the edge of slow running water near a place of habitation. Before finishing we placed an Alleyn Court badge, a piece of Lego and a 2p coin at the bottom of the hole and back filled it with sand.

The Science Club had a fantastic time helping and learning about archaeology and are looking forward to further excursions.

On Monday 27th June, Alleyn Court were invited by Felsted to their annual Model United Nations Conference. We took two teams along, one from Year 6 (representing China) and the other from Year 5 (representing Senegal).

5th July 2016 — On Monday 27th June, Alleyn Court were invited by Felsted to their annual Model United Nations Conference. We took two teams along, one from Year 6 (representing China) and the other from Year 5 (representing Senegal).

The earliest known Model United Nations conference took place at the UN in Geneva in 1953, shortly after the Second World War. Its mission was to ensure that the youth of the day did not make the same political mistakes as their ancestors. Today, as we grapple with serious problems such as Wars, Climate Change, Human Rights abuses, Global Pandemics and rising debt, MUN is more relevant than ever.

The basic concept is simple: students are allocated a country (normally not their own country). You research the country in advance and then ‘represent’ what you believe are that country’s views in a series of grand debates on important international issues.

There are huge benefits to participating in MUN:

• Tolerance and Compromise – learning to see things from others’ perspectives

Both teams were arguing a motion for the establishment and implementation of the universal right for every child to receive a free and comprehensive primary education, whatever their gender, financial circumstances or country of residence may be.

The two teams (Year 6: Amelia Bashford, Sophia Kleinberg, Anna Latham, Scarlett Megraw & Henry Tierney and Year 5: Theo Baker, Daniel Crooks, Tom Duddridge, Jacob Guyler and Guy Marchant) spent the morning researching their allocated countries position and viewpoint on this resolution during workshops run by Sixth Formers at Felsted. They also learned about the format of the debate and how to present their arguments and question those put forward by others.

Both teams presented their arguments to the assembled delegates, making clear points and responding eloquently to questions from the floor. They also challenged and questioned other delegations respectfully during the debate. It was fantastic to see our pupils engaging with such confidence and enthusiasm; they worked hard to form alliances with the other countries in attendance (lots of notes were passed back and forth across the floor, alongside face-to-face lobbying).

Our Year 5 team were the overall winners on the day, and received their Felsted MUN mugs with great pride. Having been the only delegation to not vote to pass the resolution (arguing that due to their country's lack of wealth and the need to allocate more of their GDP into shoring up defences against extremist incursions and terrorism, the 5% of their GDP already allocated to education was all they could afford) they were extremely surprised at their victory.

The children that attended today's MUN are all regular attendees of our weekly Debating Club and it was great to see them apply their skills in such a confident manner in front of an audience.

AC do the double in the Southend Cricket Competition

AC do the double in the Southend Cricket Competition

Both our girl’s and boy’s cricket team won the Southend Schools competition, going unbeaten in all their games.

5th July 2016 — Both our girl’s and boy’s cricket team won the Southend Schools competition, going unbeaten in all their games.

The girls fielded and bowled really well throughout the competition, showing that al their hard work had payed off, beating Scared Heart in the Final.

In the boys competition, our boys dominated every match and didn't let any of the teams post a competitive score against us. With the bat the boys scored some excellent scores ensuring  victory, including an 80 run win against Thorpe Hall in the final. Both girl’s and boy’s teams now qualify for the Essex Finals at the end of this month.

Alleyn Court claimed the SPSSA Aquathlon title for the 4th year in a row with an excellent performance from the whole team.

5th July 2016 — Alleyn Court claimed the SPSSA Aquathlon title for the 4th year in a row with an excellent performance from the whole team. The event consists of a 100m and 1200m run. Sophie Galbraith was also individual girls champion for a second year in a row. Well done.

A serious crime was committed today at Aleyn Court School today. A computer was stolen from the Geography room and there were no witnesses. However, three suspects were identified as being on the premises at the time of the theft: Mr Davies, Mr Chandler and Mrs Hart.

24th March 2016 — A serious crime was committed today at Aleyn Court School today. A computer was stolen from the Geography room and there were no witnesses. However, three suspects were identified as being on the premises at the time of the theft: Mr Davies, Mr Chandler and Mrs Hart. Fortunately the thief left lots of evidence at the scene of the crime. They left a footprint, a mobile phone, a note and even a half-eaten apple! Years 1, 2, 4 and 5 had an important job to do. They had to look at the evidence set before them. The detectives talked about DNA and chromatography in order to find enough evidence to charge the guilty party. Finger prints were also looked at by all year groups and the older children also considered ontology, using information about teeth that can help the culprit to be apprehended. After lots of hard work as police investigators, the culprit was finally caught – it was in fact, a very sleepy Mrs Hart. We were so shocked and she was dutifully arrested and charged with the crime. Further investigation revealed that she was in fact sleep-walking and Mrs Hart was released and the case closed!